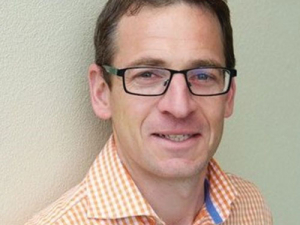 Biosecurity risk is never static. With fluctuations due to climate change, trade and passenger dynamics and volume, and the spread of global pests and disease, a lot can change - even over a 12-month period.

The 2017/18 high risk season, which ended at the beginning of May, has seen a record number of Brown Marmorated Stink Bugs (BMSB) intercepted at the border. Primarily, this was due to significant increases on two pathways; containerised goods from Italy; and used cars from Japan. Consistent with submissions from NZW, MPI moved to ensure offshore treatment and other risk mitigation measures on these pathways to manage the risk. Nonetheless, it is likely that next year’s high risk season will be equally challenging.

Consequently, over the past 12 months NZW’s readiness activities for BMSB have been a high priority. In July 2017 NZW signed the BMSB Operational Agreement; partnering with other industry organisations and MPI, to help mitigate the risk of a population establishing itself. Two key readiness projects included NZW’s visit, as part of an New Zealand delegation, to Santiago Chile to learn more about a lure-based surveillance grid for detecting BMSB in an urban environment. Early results suggest the lure we deployed is effective at detecting BMSB but not powerful enough to be an eradication tool. Secondly, NZW has been heavily involved in the EPA application to allow the import of samurai wasp, a BMSB biocontrol, into secure containment for release in the event of an incursion. This application garnered considerable support across the wine industry and wider horticulture sectors. NZW presented at a hearing on this application in July to further highlight just how important it is to add biocontrol to our toolbox to combat this highest threat biosecurity risk.

The harlequin ladybird was first detected in Auckland in the summer of 2016. Throughout 2017/18 the ladybird has spread throughout Hawke’s Bay, Gisborne and Nelson and has also been detected in Marlborough.

The harlequin ladybird is very distinctive. It is larger (6-10mm long) and more robust than a common spotted ladybird and has a range of different colour variations. It has a distinct M-shaped marking on its face plate. Over the winter, it is most likely to be seen in clusters, sheltering in areas protected from the elements.

The harlequin ladybird is a predatory insect that does not cause direct injury to grapes. Nonetheless, overseas they have often been found seeking shelter in the middle of clusters during harvest. These ladybirds contain chemical compounds called methoxpyrazines which, if released, give off flavors and odours to wine produced with infested fruit. In Canada, the threshold for taint is as little as 200 ladybirds per tonne of harvested fruit.

As we approach vintage 2019 it is possible that we will begin to see clusters of ladybirds in the vineyard, especially in Hawke’s Bay and Gisborne where the pest is well established. Surveillance is the best way to mitigate biosecurity risk. Viticulturists should begin to monitor for ladybirds several weeks prior to the anticipated harvest date. Overseas experience highlights just how unpredictable these ladybirds can be. The most likely time for a ladybird infestation is where cooler nights (less than 10C) are followed by warm days. New Zealand Winegrowers will be producing a fact sheet to provide further guidance on surveillance and management for this pest.

The primary impact of GRBV is on the accumulation of total soluble solids. Typically, infected vines can be as much as 4-5 units lower than healthy vines. Fruit from diseased vines also show increased acidity. It has yet to be comprehensively determined whether GRBV has a significant impact on vine vigor or fruit yield.

This virus is vectored by insects. In the United States the Three-Cornered Alfalfa Hopper is confirmed to be a vector of GRBV. This insect is not present in New Zealand – however we do have a range of other leaf hopping insects. It is not currently known what other New Zealand insects may vector this virus.

NZW has identified that there is a small risk that GBRV may have entered New Zealand on nursery stock prior to the commencement of quarantine testing for GRBV in 2013. Prior to this time, little was known about the virus and it had not been fully described. This made it impossible to test for this virus as part of the quarantine process.

NZW has engaged with the vine nurseries who have imported material from the United States between 2007 and 2013. These nurseries are commencing a testing process to determine if GRBV is present in their collection. NZW has developed a new fact sheet that outlines key information about GRBV’s symptoms, impacts on wine production and methods of spread:

Next summer if your vines are suffering unusual symptoms you should get them tested. MPI will test suspect material for free. Contact them at: This email address is being protected from spambots. You need JavaScript enabled to view it. and inform New Zealand Winegrowers.

Remember if you see anything unusual please: Catch it; Snap it; Report it. Call the MPI biosecurity hotline 0800 80 99 66. If you have any questions about biosecurity you can call New Zealand Winegrowers Biosecurity and Emergency Response Manager Ed Massey 021 1924 924 or This email address is being protected from spambots. You need JavaScript enabled to view it.