Getting Through Veraison Organically 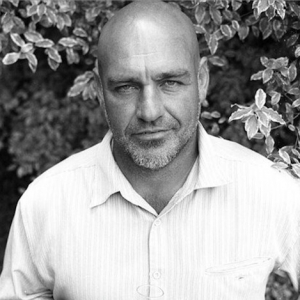 With veraison just around the corner, all growers are concentrating on ensuring their fruit ripens to its full potential and is disease free.

In terms of achieving that organically, Arnst says there are three major areas to concentrate on.

“Powdery mildew is not such an issue on the fruit, at this time, as it doesn’t tend to be active on soft skin. But you still need to pay attention to the top of the canopy. In the past we tend to have taken our eye off the ball regarding powdery, and there can be late season disease up top. So sulphur applications are useful for protection, but you need to speak to your winery in case they are concerned about late season sulphur usage, after veraison. For infection, HML32 is proven to stop the spread.

“But the main focus at this stage in the season is botrytis. You need to make sure there are no potential issues building up. Hopefully before this stage you have cleared the trash away from the bunches after flowering. That can be achieved by air blowing systems. And Botryzen consumes dead material, so that is useful if you have flower parts or trash remaining in the bunch, which is the source for botrytis later on.

“In most cases botrytis begins on the inside and then moves out through the bunches. So long as you have got rid of that trash, once the berries start to close up you will have very little left within the bunch that can cause problems.

“You have to remember that no matter what spray you have at your disposal, you are never going to penetrate completely inside a bunch.

“Pre veraison and pre bunch closure there are some other products that organic growers can use that will penetrate within the bunch before it tightens up. Higher water rates can be used if there is an issue around this time, to ensure the moisture content of the spray penetrates into the bunch around the berries. We are talking about 400 litres per hectare of spray water rate.

“It is also important to make sure you have a decent airflow around the bunches. You don’t want too dense a canopy. It doesn’t matter what spray you have, if you have leaf on leaf pre bunch closure, then the bunch won’t get hit. And given we are not using anything systemic with organics, contact is the most important aspect.

“I like to still maintain nutrition, canopy nutrition, at this period of the season. I am a fan of seaweed as a supplement, but there are also a couple of good organic sprays which have good levels of magnesium and potassium in them. On a dry year like we have had so far, there is a good chance we will start to see potassium deficiency, especially on clay soils, post veraison. So it is important to keep an eye on the nutrient levels. The condition of your leafs and petioles now will start to give you an indication on how things are going to go later on.

“But if you don’t get rainfall, things like nitrogen and potassium are only going to be available to the vines through the ground in the wet areas. They move in moisture, and can’t get extracted when the soil is dry. Your irrigation drip line is the only area that is going to release that nutrition, so therefore gets mined quite easily. That’s where canopy nutrient sprays can come in to relieve the deficit. And there are very few organic products that can’t be used right up until the day of harvest.

“The other thing to remember is that the vines require the opportunity to build up their nutrient base, for the coming winter months. You are withdrawing from the bank (via fruit ripening), so you want to be depositing into the bank so you have something to withdraw in the following season.”

Given the dry season so far, and the likelihood of more dry weather leading into harvest (fingers crossed) irrigation is a vital component in fruit development. But as Arnst says, you need to be careful you don’t overdo it.

“You need to take a good look at the canopy as near veraison you don’t want really strong growing tips. We don’t want them terminating, instead we want them to flow down as from this point on we are trying to encourage ripening, not vegetative growth. That can be manipulated with irrigation. Remember you increase your chances of botrytis by having a dense canopy and also decrease the chance of fruit ripening.

Next issue, Bart will discuss the organic way to prepare the vines for winter.