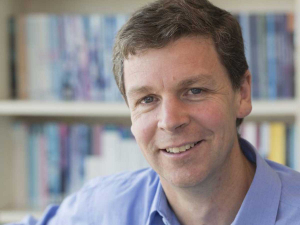 Australian agricultural production is forecast to remain high, despite bushfires and prolonged drought.

Overseas demand looks to be balancing out drought-related falls in farm output and incomes, Australian Bureau of Agricultural and Resource Economics and Sciences (ABARES) said today.

ABARES chief commodity analyst, Peter Gooday says the value of farm production in fiscal 2019-20 was expected to fall slightly to AU$59 billion, down on the previous year’s AU$62 billion and above the 10-year average due to higher prices for livestock and some other agricultural commodities.

“Widespread bushfires over the 2019–20 summer are not expected to have had a significant impact on the agricultural sector on the whole,” says Gooday.

“The bushfires and smoke impacts in some areas were locally devastating. The majority of Australia's agricultural production and exports, however, takes place outside the affected areas.”

Gooday says many regions having experienced their driest 12 months on record, however, others such as Victoria saw improved conditions, making for an uneven national outlook.

“Farm production and average farm incomes are estimated to have fallen for a second straight year in drought regions, with incomes for all broadacre farms projected to fall 8% to AU$153,000 per farm in 2019–20 – around 4% below the 10-year average,” he says.

“In NSW we are expecting farm cash incomes to be close to zero this year. As bad as things have been at a state level in the last 20 years – and some regions are substantially worse than the average.”

“Those gains come from comparatively low levels in Queensland, parts of Victoria and New South Wales, and drought-related falls in milk production plus high feed and irrigation costs are constraining improvement.

“Meat and livestock prices have stayed high as African swine fever (ASF) has decimated China's swineherds, driving red meat prices up and requiring Chinese consumers to look elsewhere. Without those good prices, this year would look a lot worse.

“Livestock prices medium-term are expected to soften but remain high, although coronavirus poses a significant risk as Chinese demand for agricultural products has declined under restrictions put in place to contain the outbreak, particularly for items like seafood and wine.”

The report is available at awe.gov.au/agricultural-outlook