The results are in - now what? 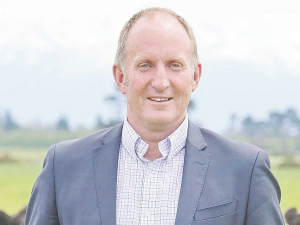 OPINION: Now voters have had their say, the incoming Government has some important decisions to make about farming in New Zealand.

Top of the list is how much further it can drive its regulatory agenda in light of the large volume of changes it has already made to environmental rules in the last couple of years.

It’s time to focus on fixing and implementing the new rules before introducing any new ones. There’s a lot of work to do to implement changes over the coming years under the essential freshwater rules and climate change commitments.

We’ve always supported the intent of the new rules but delivery is the crucial bit – it needs to be as easy as possible for farmers to do the right thing. Some of the current rules make it too hard because they’re impractical – we’re focused on trying to get them fixed so farmers can then focus on implementation. That will deliver the best environmental outcomes for New Zealand.

Now is not the time for even more new rules. There’s only so much change and cost a sector can handle at one time. With agriculture expected to play a major role in New Zealand’s Covid-19 recovery we need to be careful about how hard we drive things.

It’s important to note that sheep and beef farmers are committed to protecting their environment. This includes an absolute reduction in greenhouse gas emissions while maintaining similar levels of production, major work on erosion control and preservation of biodiversity.

Farmers aren’t being unreasonable – the concerns they’ve raised about the new freshwater rules relate to specific provisions that are simply impractical on the ground. For example, many farmers across the country are unable to meet the sowing dates this year because of late rain and snow. It’s also unclear how the pugging rules will be enforced and there are major issues with the low slope map for stock exclusion.

We need to work with the Government to get these things right.

B+LNZ is engaging intensively in the Environment Southland-led process to review the winter grazing rules and will be advocating for our new farm plan approach to be accepted as a certified farm plan, as we strongly believe it’s critical the farm plan is not just a regulatory   tool.

Our industry is also committed to working constructively with the Government on climate change through He Waka Eke Noa and will be seeking recognition of the genuine sequestration happening on sheep and beef farms, as shown by recent research measuring the sequestration from the woody vegetation on these farms.

However, concerns remain about the major surge in conversion of productive land into carbon farms as a result of the Zero Carbon Bill and Emissions Trading Reform legislation introduced in the last two years, and about the proposed new regulations around biodiversity.

The last Government acknowledged a need to restrict the amount of pastoral farmland being converted into exotic forestry for the purposes of carbon farming, before too much damage is done to our rural communities and the long-term viability of our sector and economy. We’ll be looking to hold them to this promise.

We’ll also be asking the Government to maintain the pause on the proposed National Policy Statement for Indigenous Biodiversity. It’s important to give farmers and industry a chance to work their way through the latest environmental rules before new ones are introduced.

Our belief that the Government should be taking a holistic view of environmental policy, developing policies in isolation won’t get the desired environmental outcomes. An integrated approach is best, considering climate change, biodiversity, soils and water together.

Environmental policy is one of B+LNZ’s top priorities and we’ll continue working hard on farmers’ behalf for sensible policy outcomes from the new Government.

We’ll then be focused on supporting farmers with the tools they need when they need them.