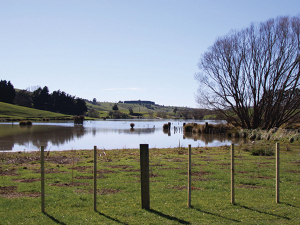 This follows last week’s laughable report claiming the Government’s freshwater proposals will have a “limited impact” on New Zealand’s economy.

Forest & Bird, Greenpeace and Fish & Game commissioned an NZIER report which claims the dairy industry is “only about 3% of GDP”.  It goes on, “… it’s not the bedrock of the NZ economy. So that led us to conclude, at the national level, the effects would likely be minor”.

We question the motivation for releasing such a report. What are these environmental groups trying to achieve? Is this is another attempt to belittle the agriculture sector and push ongoing anti-farming agenda?

As economist Cameron Bagrie says, the report is quite ridiculous. He rightly points outs that the dairy industry is a massive export earner.

“If you look at the numbers for dairy exports, it’s grown on average about 8% per year, volumes have grown around 6% and that’s about double the rate of GDP,” he told The Country radio show.

Ironically, on the same day as the dubious NZIER report was released, MPI’s Situation Outlook update for September reported that NZ’s primary export earnings were up 8.7% to $46.4b for the year ending June 2017. And it predicts that dairy’s export earnings alone for the coming year will grow by 8.7% to $18.1b – a $1.47b increase on the previous year.

This makes an embarrassing joke of the claim by Forest & Bird, Greenpeace and Fish & Game that… “Due to the relatively small size of the dairy industry, the impacts of the Government reforms are unlikely to be major at the national level”.

Perhaps highly paid, out-of-touch executives at these increasingly discredited environmental lobbies can easily and arrogantly dismiss such economic impacts. But rural and regional fishers, hunters and bird watchers – who work on farms, in meat and milk processing plants and in the small and large business servicing the agricultural sector – will be less likely to do so if milk volumes fall by over 10% and stock numbers processed drop by two thirds due to the new freshwater rules.