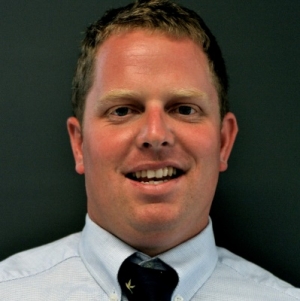 NEW ZEALAND YOUNG Farmers members are making waves in the agricultural scene at home and abroad.

Former NZYF Chairman, Paul Olsen (pictured) was recently awarded the prestigious agricultural Nuffield Scholarship for his research topic on potato (cropping) production.
The Nuffield Scholarship is awarded each year to a few individuals who have been identified as future leaders who want to make a positive difference to their sector of the primary industry. Only 140 scholarships have been awarded over the past 60 years.

"It's fair to say I was over the moon and slightly humbled given the calibre of the past Nuffield scholars but very much thrilled to be given the opportunity," says Olsen, a Manawatu potato grower.
The selection process involved a written application and two rounds of interviews. The award includes a cash payment of $40,000 and an opportunity for international travel attending a Contemporary Scholars Conference with all other Nuffield Scholars globally for that year and participating in a six-week Global Focus Programme with a group of ten people covering six to eight countries.

Olsen will start his travels in March at the Contemporary Scholars Conference in Canberra, Australia. Later in the year he will travel to the Philippines, China, Canada, United States, Netherlands, France and Ireland where he will look at everything to do with agriculture including their markets' opportunities and constraints.

The award is an opportunity for not only personal and professional development, but also a great opportunity to contribute to the wider New Zealand primary sector. "I see some large benefits to maybe helping some younger growers and farmers through a possible mentoring role. I am very keen to help where possible as the industry has given me a lot of support and encouragement," says Olsen. "It's also about stepping outside of my comfort zone, experiencing different cultures and adversity first hand around the globe," he continued.

The competition will include a panel interview and each contestant must present a speech on a topic given to them that day. Judges will be looking for a solid understanding of the industry, community involvement and general knowledge. Lewis is up against the top six Australian state finalists.

Lewis says he is excited about the opportunity, "It's the type of competition that suites my strengths and is more geared for people behind the scenes in agriculture," sats Lewis.
Both of these achievements by Olsen and Lewis are outstanding examples of the up and coming talent in the primary industry and an opportunity to showcase New Zealand agriculture to the world.

Fonterra fails to get 75% support

Fonterra says it will bring a revised governance structure for vote before shareholders by the end of this year.

2015 saw the first ever Young Winemaker of the Year competition held in New Zealand.

When French farmers are unhappy they take to the streets. Last week, 1000 tractors rolled into Paris as French farmers tried to clog up the capital’s roads in protest at plummeting food prices.

FONTERRA IS boosting its connectivity to farmers through the Farm Source programme which will support farmers and their farming businesses and bolster the cooperative's connection with rural communities in New Zealand.