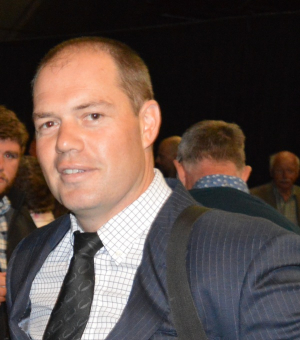 A steering group delivered its final report to the council today.

Barron says the council is committed to actioning the recommendations.

He says councillors will be meeting farmers in their respective wards next month “to get a greater understanding of their views and expectations”.

The steering group, chaired by James Buwalda, has made a list of recommendations including changing the council’s name to Fonterra Cooperative Council.

The steering group says the council must actively represent the interests of all members of the cooperative and that this representation role must not conflict with the board’s governance role.

It says to avoid blurring representation and governance, the council should stop communicating board strategy and company operations to members.

Describing the council as a ‘cornerstone shareholder’ should also cease.

The steering group says the council’s primary role must be to connect members to their co-op.

It calls for communication with members to be strengthened. It also suggests members are fully informed of the co-op’s performance.

“It must hold the board to account. This means seeking from the board explanation and responsibility for Fonterra’s strategy and performance.”

It wants councillors to stop getting access to confidential and material from the co-op “as such access compromises the council’s ability to be independently objective”.

“The council should as far as practicable draw on publicly available information and independent performance assessments. It should seek independent analysis as required,” the steering group says.

It also wants the council’s operating framework to change “so it can deliver its functions more efficiently”.

It recommends retaining the current ward structure and the council to be organised into three teams – connection, accountability and guardianship.

Buwalda says the report was prepared following seven months of consultation with Fonterra farmer suppliers, the council and the board.

“We are very grateful for submissions and other feedback from farmers – both through the survey carried out in May and discussions around the country last month,” he says.

“The feedback showed they overwhelmingly want a strong and capable council to effectively represent their interests, but also need to see significant change in the way the council operates in order to meet their expectations.”