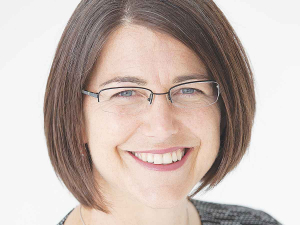 The Government has announced it will help develop improved tools to manage and estimate on-farm nutrient loss after an independent Science Advisory Panel identified shortcomings with the Overseer software.

The panel concluded it did not have confidence in the Overseer software’s ability to estimate total nitrogen lost from farms in its current form.

Minister for the Environment David Parker and Minister for Agriculture Damien O’Connor said they welcomed the panel’s report, which they say will help develop improved tools for farmers and regulators to meet future freshwater planning requirements.

“Despite its shortcomings, Overseer has been a useful tool to build awareness and influence practices to manage nutrient loss at the farm and catchment level,” Parker said.

“Farmers have used Overseer, alongside advice, to improve practices and freshwater outcomes.

The Ministers said they recognised the urgency of the work, given the 2024 deadline for Regional Councils to develop Resource Management Act (RMA) plans under the Essential Freshwater reform package.

“Our farmers and growers have put in a significant amount of work and investment over many years to boost environmental outcomes on-farm,” said O’Connor.

He said the Government will seek to ensure improved tools for estimating nutrient loss are transparent, accurate and effective.

“It is essential that farmers and councils using Overseer have some certainty on how to proceed. For this reason, the Government will support work on a next generation Overseer,” O’Connor said.

Overseer Limited says it remains confident in the software and looks forward to its further development and improvement.

Chief executive Dr Caroline Read said feedback from farm system experts and farm business showed that while the tool is not perfect, it produces results consistent with current scientific understanding and farm practice.

“OverseerFM’s strength is that it provides farmers and growers with a common platform for engaging on farm nutrient management including with their regional council, irrigation scheme, processor, farm consultant and each other through catchment groups,” Read said.

She said OverseerFM is doing what it has been designed to do by providing farmers and growers with a comparable estimate of the risk of nutrient losses based on their farm management approach.

“We see this as a vital part of what makes OverseerFM valuable and fit for its intended purpose.”

''Overseer Limited is keen to continue the development of OverseerFM as new research and better data sets emerge, knowing that this will better serve its users as they seek to improve the environmental and economic performance of New Zealand’s farms,” Read said.