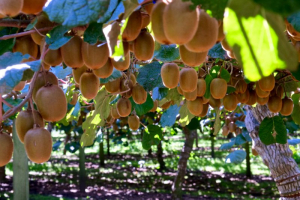 The Ministry for Primary Industries’ Situation and Outlook report for June 2019 forecasts primary industry revenue to reach $45.7 billion for the year to June 2019, slightly above the March 2019 forecast.

The report was released today by the Agriculture Minister Damien O’Conno at the National Fieldays, Hamilton.

O’Connor says this is the second straight year of substantial export growth, with significant gains across most primary industry products.

“Export performance is up nearly $7.5 billion over the last two years. That’s incredibly impressive considering the weakening global economic environment and a rising sense of uncertainty in global markets,” he says.

Sustained demand from China and South East Asia is supporting prices for dairy exports. Horticulture and pasture-based production excelled in most areas, with red meat weights and milk production both high, and kiwifruit production up 25% on the 2018 harvest.

He says that over the next year, a focus on higher value products, combined with ongoing favourable exchange rates, is expected to support export revenue growth.

“I’m really pleased to see New Zealand’s primary sectors succeeding through investment in innovation and focusing on a move away from volume to value.

“I know that, while the big picture is very bright, for many producers it has been a tough year. We’ve had regions affected by drought, fires, biosecurity responses like M.bovis and fruit flies and also untimely cool temperatures affecting some fruit yields,” he says.

“I think it’s fair to say that the only constants for the primary sectors are change and challenges. Our producers should be really proud of their resilience and ongoing high performance. I’m certainly very proud of them.

“I’m confident that by continuing to focus on high value, sustainably produced food and fibre, we’ll have strong years ahead”.

This is the second straight year of substantial export growth, with significant gains across most primary industry products:

The next report is due to be released in September.

With the closure of saleyards under Alert 4, New Zealand’s virtual saleyard bidr says it will be an essential tool for the trading of livestock during lockdown.

MPI director general Ray Smith has praised the country’s farming leaders for their response to the COVID-19 pandemic.