New apricot’s a ‘shot in the arm’ 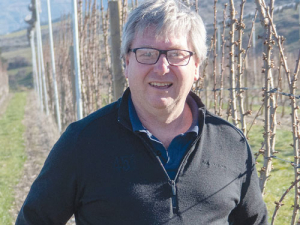 The New Zealand apricot industry is hoping for a shot in the arm from new varieties soon to enter production.

A new grower co-op, at this stage just a sub-committee of the Summerfruit NZ Board, is being set up to manage the release, marketing and licensing of the new varieties. Developed with Plant and Food Research, they are now simply called NZsummer2, NZsummer3 and NZsummer4.

Brand names for the fruit and a trading name for the co-op have yet to be decided.

The interim board chairman, Alexandra orchardist Nigel Hinton, says the apricot industry has been in decline for several years with many trees cut down and little replanting done.

“Some of the varieties coming out of the apricot breeding programme show excellent characteristics and I am confident the commercialisation of some of these varieties will revitalise the apricot industry,” Hinton told Hort News.

He says the apricot trade has suffered for years from “moderate” crops. The main export market is Australia, where NZ apricots are for sale at the same time as domestic fruit, and consumers face strong pressure to “buy Aussie”.

Jones said the new varieties include some later-ripening fruit.

“Instead of being picked in January they’ll be picked late January into February and that then has a window all of its own.”

Simon Webb, whose family has run the Webs Fruit orchard business at Cromwell since 1914, is planting two of the new cultivars – one early and one late-ripening.

“There’s a particular early one that I very much like so we’re planting a bit of that,” he told Rural News. “There’s a later one I’m also planting as well, so I’ve got one in December and one in February.

“I believe they’re superior to the current apricots. Their flavours are very good and they handle a lot better too. People will get a better eating experience out of them. I’m quite looking forward to seeing them and what comes out of them.”

Webb has trialled several potential cultivars for the past six or seven seasons and is pleased that his favourites are among the three chosen for commercial release.

Webbs Fruit runs on a 32ha home block and another 30ha leased, growing peaches, nectarines, apricots and apples. The company exports, supplies NZ supermarkets and sells direct to the public at roadside stalls and via online courier orders.