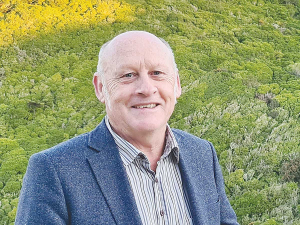 The New Zealand Rural General Practice Network (NZRGPN) claims the bill, recently recommended by the Health Select Committee to Parliament for a second reading, has left rural communities "in the wilderness".

In its oral submission to the select committee in January, NZRGPN made a call for rural communities to be identified as a priority population group - alongside Māori, Pacific people and the disabled.

It argued that if the bill didn't highlight a focu on rural communities and hold government agencies accountable for rural health outcomes, the health inequities faced by rural New Zealanders will not improve.

The Pae Ora Bill's purpose is to 'protect, promote and improve the health of all New Zealanders' and achieve equity by reducing health disparities among New Zealand's population groups, in particular Māori.

It claims this will be achieved by providing new legal frameworks and principles for our health system, reforming structures and organisations into Health New Zealand - the new entity that replaces district health boards - in conjunction with iwi groups and a new Māori Health Authority.

However, NZRGPN chief executive Dr Grant Davidson says the inequities in rural health outcomes are as "clear as day" and are even worse for rural Māori.

"For our voices to be ignored again is beyond disappointing and we are increasingly frustrated that rural communities are being overlooked bhy those with the power to effect real change," he says. "For health equity for all New Zealanders, rural communities must be acknowledged as a priority population."

Davidson points out that New Zealand's rural population contributes over 50% of GDP amongst industries from agriculture, tourism and more. He claims that the rural population has been "shafted".

"We thought the situation was now so bad that the health of rural New Zealanders could no longer be ignored. We were obviously wrong!"

Bridging the divide between the health sector and rural NZ

World Health Day brings an opportunity to reflect on the unique challenges rural communities face in accessing healthcare, infrastructure, and services essential to their overall wellness.