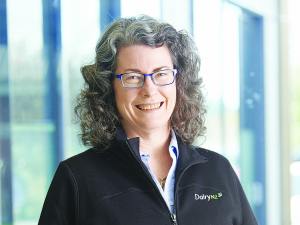 Many farmers are already turning surplus pasture into silage.

DairyNZ acting general manager farm performance Sharon Morrell says the good grass growing conditions are a “get out of jail free card” for many farmers who endured a prolonged drought last season.

“It’s been a good spring so far and winter growth rates were fantastic, comparatively...It has allowed a lot of people to recover much quicker from the drought,” she told Rural News.

Morrell says the good grass growth was setting things up well for farmers in term of milk production.

“Farmers are always thinking that if I can get X amount of milk in the vat before Christmas, the rest of the season is a bonus.

“This is the part that really counts.”

While DairyNZ doesn’t collect figures on milk production, Fonterra says its peak milk – the highest daily collection of the season – was on October 18 when it processed over 80 million litres of milk.

“Last year we processed over 80 million litres on our peak day and we processed about the same this year – all with the extra challenge of significant Covid-19 precautions still in place across our manufacturing sites,” a spokeswoman told Rural News.

She says October is a busy time right across the co-operative, with Fonterra tankers are picking up milk from farms every nine seconds. October milk collection data will be released at the end of this month.

Despite the good pasture growth on farms, DairyNZ is urging farmers to be ready for a dry summer.

She says some farmers are setting themselves up by storing away silage and planning extra summer crops like maize.

“Their recent experience with how dry last summer was and how long it extended, there’s probably more proactive thinking about putting as much silage away as they can,” she says.

“Some farmers are planting little bit more maize than they might normally have. Some are also thinking about summer crops.

“With recent experience, it tends to remind everybody to approach things in the best practice way.”

She points out farms were getting dry around the country, but several bouts of heavy rain last week have been a blessing.

Morrell says even irrigators are starting to think about how to manage their summers if the current weather persists in these areas.

Her message to farmers is to be actively thinking about setting up for summer.

“Review plans and make decisions early. During the last summer drought, those who were decisive fared much better than those who were hopeful that things would change.”