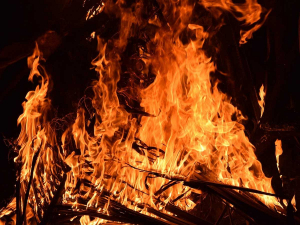 Waikato property owners are being urged to avoid lighting fires if there is a chance they will get out of control.

Fire and Emergency are encouraging Waikato property owners not to light fires if there is a chance they will get out of control.

Waikato District Manager, Daryl Trim says Waikato firefighters have recently been called out to vegetation fires due to fires being lit in the wrong conditions.

“If it’s too risky to light your land clearing fires, don’t do it,” says Trim.

Trim is also reminding residents there are currently fire restrictions around the Kawhia and Waipa peatlands.

“We aren’t considering further fire restrictions at this time of year as we recognise the use of controlled fires as a land management tool,” he says.

“However, the fire danger won’t ease until there is some significant rainfall, so people should continue to be vigilant and take care with any outdoor fires.

"Most landowners do take safety precautions, but we want to minimise the risk in the ‘risky areas’ until we have had reasonable rainfall," he says.

"Fires in a green paddock, well away from scrub, kikuyu grass and peat are okay, providing fire precautions are being followed.

Supervise the fire until it is completely out and make sure it is well clear from other combustible materials."

For more information on how to be fire safe or to apply for a permit, go to www.checkitsalright.nz.

A Waikato dairy farm which began its first riparian planting project 20 years ago now stands as an exemplar for rural land users, backed by science and clever long-term planning.