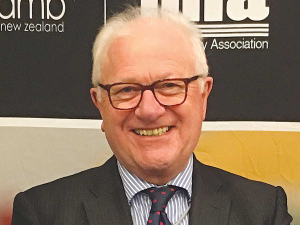 New Zealand’s sheepmeat and beef exports leapt 6% to $9.1 billion in 2019, according to analysis by the Meat Industry Association (MIA). It says this growth was largely a result of the growth in overall exports to China, which increased by 57% to reach $3.7 billion.

The MIA says NZ meat exporters have benefited significantly from tariff reductions into Japan, following the CPTPP agreement coming into force at the beginning of 2019. It calculates a total tariff savings of nearly $25 million on beef and offal exports to Japan over the year.

Australia is also an important market for the New Zealand red meat sector, including for a number of co-products. It was the NZ meat industry’s 10th largest market in 2019, with exports of $170 million – up 5% from 2018. The major exports to Australia in 2019 were prepared meat products ($80 million), blood products ($30 million) and hides and skins ($22 million).

“The meat processing industry is New Zealand’s largest manufacturing sector and employs approximately 25,000 people, many from regional and rural communities,” he says.

“That’s why we need to ensure any policy reforms, whether that is climate change, forestry or freshwater, need to be carefully thought through to avoid any negative unintended consequences.”

However, Ritchie concedes the outbreak and spread of coronavirus has disrupted the supply chain for red meat in China and says the sector continues to assess the impact of the situation.

“Despite the issue in China, the underlying global demand for protein remains strong.”

Virus to make an impact?

Meanwhile, concerns about the likely impact of Coronavirus on NZ’s primary sector exports to China have seen Rabobank issue an overview of the potential effects.

It says first round impact of the Coronavirus will be felt by any business that relies heavily on the food service channel in China.

“Especially if product is perishable and requires quick distribution to and within China.”

The bank says chilled meat shipments for food service is a risk category and that NZ mutton shipments have already been heavily impacted.

“These are predominantly sold frozen, but much of the product goes into the food service industry including many hot pot restaurants.”

Rabobank says, at this stage, there is unlikely to see consumption fall in meat and dairy due to the virus outbreak.

“People are still eating, and reductions in eating out are offset by increased eating at home,” RaboResearch general manager Tim Hunt says.

“Our China team have also noted that the rise of internet shopping in China since SARs means that sales of food are somewhat less reliant on leaving the home.”

Hunt says if the virus continued for many months to come, then it’s likely these impacts would start to hit NZ’s food and agribusiness industry.

“Incomes may fall in China if the virus is extensive and enduring and there may be an impact eventually on sales on meat, dairy, grain etc.”

Hunt adds that an important ‘stabiliser’ is that the NZ dollar would likely depreciate significantly, as the market responded to slowing economic growth and rising risk concerns.

“This would offset somewhat any fall in global commodity prices when expressed in our local currency terms.”