Certainty on the 'Horizons'? 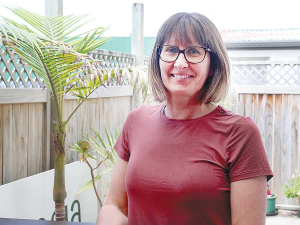 After more than a decade of at times acrimonious wrangling, it seems that peace is breaking out on how to manage the environment in the Manawatu, Whanganui and Rangitikei districts.

The infamous One Plan - proposed by Horizons Regional Council - that caused farmers in the region so much angst seems at an end with all parties agreeing to what is called Plan Change 2.

The plan is designed to set out how natural resources in the region should be managed. When first proposed, it was seen as an omnibus plan that would bring all those interested in environmental issues together – instead, it provoked row after row and court hearings.

However, a couple of weeks ago, the council signed off on changes to One Plan proposed by a panel of experts.

HRC chair Rachel Keedwell says this will enable them to return to effective regulation of existing farm land uses through One Plan as soon as possible.

“Council’s focus is to now turn to implementation of the Plan Change and to continue to improve water quality throughout the region,” she says.

Keedwell says the council acknowledges that this Plan Change process has created uncertainty and stress for landowners, and that their decision is an interim measure with more work needed in this area.

“This includes notifying a revised One Plan by 2024,” she says.

As part of the process, DairyNZ and Federated Farmers jointly submitted on the plan and both say they are pleased at the outcome.

Feds president and Manawatu dairy farmer Andrew Hoggard, who has been involved in discussions on One plan for more than decade, says the outcome gives some certainty for farmers who have been in limbo. He says Plan Change 2 is an interim measure, intended to address the pressing issue about the One Plan’s workability, while a more fundamental, regionwide work programme is completed to give effect to the National Policy Statement for Freshwater Management 2020.

“The council’s decision will provide a pathway for consent for intensive farming land uses located in 32 Targeted Catchments, effectively opening the door to farmers shut out from gaining consent as a result of 2017 Environment Court declarations,” says Hoggard.

“We are pleased to see council and commissioners have endorsed our approach, moving away from using LUC [Land Use Capability] as a tool for nitrogen allocation.

“The decision also provides for a controlled activity pathway for farms that make a considerable 20% reduction in nitrogen loss based on actual farm baselines (with those in the top 25% having to reduce to the 75th percentile for N leaching),” says Hoggard.

The new plan change decision will benefit dairy farmers, the environment and local communities, according to DairyNZ’s strategy and investment leader, Dr David Burger. He says version changes to Overseer had unintentionally made it extremely difficult for some farmers in the region to gain consent to continue farming.

“Both pathways will now be available for these farmers to seek consent, while looking after the environment.

The first consent pathway put forward by the council is for farmers to achieve a series of nitrogen loss targets – these vary based on land use capability class of the farm.

The second option put forward by DairyNZ and Feds provides a pathway for farms to make a minimum 20% reduction in nitrogen losses from their previous farm baseline numbers,” he says.

Let there be peace in the hills and valleys

After more than a decade of at times acrimonious wrangling, it seems that peace is breaking out on how to manage the environment in the Manawatu, Whanganui and Rangitikei districts.

Dealing with a dog’s breakfast

It's a dog’s breakfast. That’s how Bruce Gordon, chairman of Horizons Regional Council (HRC) in the lower North Island is describing the One Plan as it’s been handed to them by the Environment Court.

A Horizons Regional Council (HRC) report foreshadows a grim future for the economic viability of the primary sector in the region.

Horizons’ One Plan still in limbo

Chaos again prevails over the future of resource consents in the Horizons Regional Council region because of an Environment Court judgement on the implementation of its controversial One Plan.