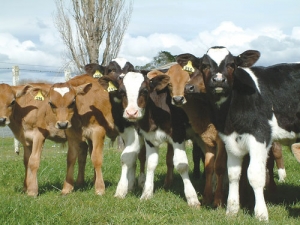 The handling of bobby calves are a major focus under the new rules.

The Massey University lecturer says in particular the regulations on bobby calf welfare are a great improvement and will facilitate enforcement and education of farmers.

The Ministry for Primary Industries held public meetings nationwide to inform farmers and other animal owners. Submissions on the proposed regulations closed on May 19.

Weston says revelations last year of the terrible treatment of bobby calves, and the resulting public outcry, will have jolted farmers into realising they must take animal welfare seriously and comply with the rules.

"I am confident there is now widespread acceptance that the animal welfare regulations are for a reason," Weston says. "Most farmers understand that if you look after animals you have a more profitable business because happy healthy cows yield far more production. But we know that either through ignorance or not caring a few animal owners don't hold up their end of the bargain."

Weston says complying farmers should also keep an eye on their neighbours to make sure they are doing the same. There is no reason for farmers to be afraid of the public.

Farmers at a public consultation meeting in Palmerston North got something of a surprise as MPI staff outlined the new regulations, including key issues for farmers, notably pain relief before dehorning cattle, sheep or goats, and stipulating who can do this – a veterinarian. The rules also cover stock transport issues and stipulate that dogs must be secured for travelling on the back of vehicles so they don't fall off.

For dairy farmers a major focus is on the handling of bobby calves, an issue raised at the Palmerston North meeting, though there was no outpouring of anger against farmers. Calls were made for farmers to be required to send bobby calves to the 'nearest facility'. And there was a call for stock trucks to have wire mesh covers to prevent stock from climbing out or putting their heads over the top.

James Stewart,Federated Farmers Manawatu/Rangitikei provincial president, and a dairy farmer, says the Palmerston North meeting discussed dogs more than cows. He had expected some flak because of the publicity on bobby calves last year, but this didn't happen at the meeting.

"But we can't get complacent about how we treat animals, especially bobby calves. The whole social media thing means we're being watched more closely and there will be more pressure on us. [The new rules set] minimum standards so we should be getting over that line anyway. Farmers doing their job properly shouldn't have much to worry about, but there are some regulations, such as tail twisting, that I need to get clarification on."

Stewart says farmers should be ahead of the game and realise that consumers are watching them; if consumers see something bad happening there is a risk of more and tighter regulations. Farmers need to work with MPI to make sure the regulations are fair and practical to implement.

His view is echoed by Julie Collins, director of biosecurity and animal welfare policy for MPI, who facilitated the meeting in Palmerston North.

She says it's important that people study the regulations and submit their concerns or suggestions to improve what's been proposed.

Collins says after the publicity on the bobby calves incident, MPI and industry representatives together looked at the issues, including time between feeds and transport.

"We have a bobby calf group that was set up after the incident, including MPI, the NZ Veterinary Council, the transport industry, DairyNZ and the Meat Industry Association. They are looking at a whole lot of other issues, to improve welfare for bobby calves and to cooperate and get it out to farmers."

Collins says animal product exports are worth $23 billion to NZ and any animal welfare issues could put these exports at risk. Consumers now want to know that animals are treated well.

What may change under the proposed regulations:

• A ban on shipping animals across Cook Strait

• Young calves must be fit enough for transport, eg at least four days old, with dry navels and hard hooves

• Young calves must be handled properly.

Following consultation, some regulations may be imposed for the 2016 calving season.

But for practical reasons some changes may need to be transitioned over time.