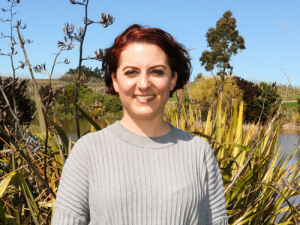 Yealands Wine Group is increasing the transparency it demands from contractors, is analysing its systems to ensure their rigour, and is undertaking intercultural awareness programmes to protect its migrant employees, says Quality Assurance Manager Katrina Jones. “We will be one of many that will be doing that. But we are glad to be paving the way for something that is so positive and so necessary.

Jones says the move recognises the need for integrity around labour practices, but is also in direct response to a change in the rating given to Yealands and other New Zealand wine companies by Sedex, the not for profit shared ethical data exchange sharing platform used internationally.

The move from being a low risk to a medium risk site is due to a change in the way the data for the labour component is calculated, and is likely to have been exacerbated by recent labour law breaches in the New Zealand wine industry, says Jones. The new rating has raised red flags for some of the companies that use the platform, such as Sainsbury’s, who insist on a Sedex ethical audit from any company that is deemed medium or high risk, Jones says.

Yealands has responded rapidly, setting in motion a SMETA - Sedex Member Ethical Trade Audit - which is like many of the other assurance processes the company participates in, she says. “Any company that is above board and with a serious commitment to good ethical practices should not find any difficulty complying with this standard.” To get some outside perspective on its processes, the company first contracted a third party to do a gap analysis, which highlighted some procedural issues, most of which Yealands had already identified, she says.

Much of the audit is around duty of care in relation to the contract labour workforce, Jones says. “It’s no longer good enough to say ‘OK, our contractors are RSE (Recognised Seasonal Employer scheme) accredited; our contractors are Master Contractors.’ We need to understand what it is they are doing. We have to understand the conditions their workers are working under.” That includes knowing what workers are getting paid, and how they are being treated, she says. “And we need evidence to support that.”

She has used the SMETA questionnaire with a contractor in the field, and visited worker accommodation to check the standards. They have also explained to the three contractors the company uses that there needs to be constant transparency of information.

Katrina believes that the company’s actions are indicative of the processes many New Zealand companies should be considering, as they prepare for a Sedex audit. “We are not the only New Zealand based winery who are having to facilitate this ethical audit and it won’t be long before others will be finding themselves in the same boat.”

In addition to the audit preparation, Jones set up a three-day intercultural awareness course with the Marlborough Migrant Centre. She says Marlborough was traditionally more monoculture than melting pot, but in recent times that had changed. “Those who have been born and raised in Marlborough may not have had the same level of exposure to a migrant workforce, such as those living in bigger cities within New Zealand. Therefore, it is important that we spend time educating about diversity and to highlight the importance of cultural awareness and sensitivity.”

The Yealands groups talked first about their cultural perspectives and their communication techniques, and ultimately about their interaction with vineyard workers from different countries. It was soon clear that many times people feel they have communicated effectively, when in fact they have not, says Jones.

The course was at times “profound” and the response from the vineyard teams and others was fantastic, she says. Going forward she would like to have it as a routine segment, rolled out at least once a year and also potentially used as part of an induction process when vintage cellar hands arrive in Marlborough from around the world.

The region’s wine industry needs to “pull together as a collective” to ensure everyone is working towards the same goal of ethical employment, Jones says. “The requirement for ethical audits is not going to go away - in fact the demand for these will only increase as retailers look for better ways to preserve their brands and reputations.”T