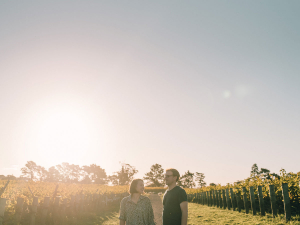 As a journalist for a wine magazine for six years, I probably got to listen to, talk to and talk about winemakers more than any other arena.

Napa Valley Pilates classes may be the only exception. The problem was, I basically took all of these winemakers at their word, and they all said variations on the same thing: wine is made in the vineyard. And that’s that.

In 2007 I interviewed the Pouilly-Fumé master, the late Dider Dagueneau. It’s hard to overstate what effect the combination of the man and his wines had on my thinking. If I’m really honest, off the bat I wasn’t a huge fan of his wines. When I first tasted them from tank with a group of industry insiders on a press trip of the central Loire, they were austere as anything.

He wasn’t really a natural winemaker and his son, who now runs the estate, is a staunch sulphurophile. I think Dagueneau had at one stage dabbled in going natural but had pulled away from it.

But he was uncompromising in his unashamed reflection of the soil and the grape. Although when you talk to Old World winemakers and namecheck a grape variety, you do feel a little like you’ve walked into a Fonterra milk plant and asked to palp a cow’s tender udder. I’ll always remember Aubert de Villaine of Domaine de la Romanée-Conti telling me straight: “I don’t make Pinot Noir”. And he meant it.

I love that. And I still think it’s a shame that we put so much emphasis on making varietal wines. It’s a bit like insisting people walk around with what school they attended printed on their forehead. The variety shouldn’t be the parameter by which you judge the wine. I love Sauvignon Blanc, but I don’t want it on the label.

So when I first came to make my own wine, it was out of the question that I would use packet yeast and the like. And at that stage, I’d had no real contact with natural wines. Otherwise, I would have skin fermented the white, no question. It would have tasted infinitely better too.

I remember tasting a Zind- Humbrecht Pinot Gris that Amy had brought back from her travels, that (a) stopped me being blinkered about Pinot Gris and (b) cemented my thoughts on biodynamics.

And it all flows from that, really.

Ideologically, we were of the same mind about what we wanted to do when we started Halcyon Days back in 2018. We just wanted to make lovely, forthright, pure wine; organic as a minimum (biodynamic one day); made in the vineyard with nothing added or taken away in the winery. It’s simple, but we also worry about the wines night and day. Some people reckon natural winemaking is lazy, but some days I feel that adding sulphur and walking out of the barrel hall is a vastly more forgiving craft.

Don’t get me wrong – I love the craft of winemaking in all its guises – but it takes conviction to say no to additions. I believe the fruit, the land and the vintage must be given space in which to operate, without taking off the edges. The edges are part of the beauty.

Oliver and Amy Hopkinson-Styles own and run Halcyon Days.