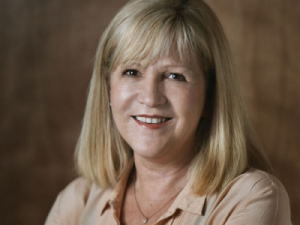 I saw this great headline a few weeks back that basically summed up the weather so far this year: “2016, the hottest on record, but summer doesn’t appear to have got the memo.”

How true is that? With just one month of the official summer period left, New Zealand has suffered from an avalanche of weather events. Bomb low weather systems, flooding, severe wind, near zero temperatures, sleet, hail, snow. The one thing missing has been the balmy summer days we hang out all year for. Let’s just hope the conditions calm down in time for the upcoming vintage.

The tumultuous start to 2017, followed hard on the heels of the shaky end to 2016 – for the top of the south in particular. The Kaikoura earthquake in November will be talked about for years, as will the impact it had on New Zealand’s largest wine region. While it was bad, it could have been so much worse. No-one was injured in the wineries, wine loss was minimal, and tank damage, while serious, was less than if there had not been remedial work undertaken after the 2013 Seddon earthquakes.

“What is initially clear, in respect of wine industry losses, is that this event is not a large or unmanageable situation and the flow on effect to reinsurers will be relatively minor.”

So says Dan Szegota, Senior Broker for ICIB Insurance. He discusses the quake from his insurance perspective, in this issue.

And while this is very much a story relating to Marlborough, it could well have been any of our renowned wine regions suffering. As most are situated near fault lines, the lessons learned in Marlborough are vitally important, if such an event were to happen elsewhere.

Praise has to be given to how well the industry pulled together, in a time of adversity. Both Wine Marlborough and New Zealand Winegrowers were instantly out and about, discovering what was damaged, what was needed and relaying that information to all members and most importantly the market. We all know that trying to sugar-coat an issue is not the best way to engender trust within the marketplace. So credit to all for the honest, upfront response to the damage incurred.

As we are about to go to print, NZWingrowers is preparing for its largest ever marketing event – Pinot 2017. Larger even than the highly successful International Sauvignon Blanc Celebration held last year. With an Aromatics symposium held before and a Classic Reds Symposium straight after, the international media will be having a field day.

So while there are no stories about the event in this issue (there will be plenty in the next), we do still focus on the Pinot Noir variety, with Allen Meadows. If that name doesn’t ring any bells straight off, think about Burghound.com, an on-line quarterly review that focuses on Burgundy. It was the very first of its kind to dedicate itself to one wine varietal, and has become the bible for Pinotphiles the world over.

Allen was convinced to undertake a tasting of New Zealand Pinots, late last year. Getting him to agree to do so was a feat in itself. But for our wineries, his response to their Pinot Noir is incredibly heartening.

In the meantime, as harvest approaches in the northern regions, I do hope the weather comes to the party for you all, and that Vintage 17 is one to be remembered, for all the right reasons.