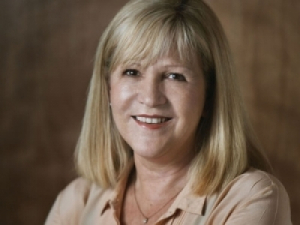 It has been a momentous year for the New Zealand wine industry, from start until finish.

It began with Marlborough still reeling from the November 14 earthquake, that damaged millions of litres of tanks, and fears that the 2017 vintage would be compromised by a lack of space. Relentless work by steel manufacturers working alongside wineries, ensured the region was back up and running, albeit with slightly less tank space than what was available a year earlier. That earthquake recovery work is still on going and could be for a while yet.

Vintage 2017 itself was looking extremely promising throughout the country, until two tropical cyclones hit, bringing with them rain and more rain. Yields were down which in some ways was a saving grace for Marlborough. But in the end the fruit came in, and at the recent Air New Zealand Wine Awards, many of the 2017 wines were lauded, despite the compromising weather. Hats off to winemakers and viticulturists who had to work in some of the toughest conditions experienced for a number of years.

The end of January and early February saw 100s of people descend on Wellington for the coolest Pinot Noir party the world has to offer. Very much a New Zealand event, overseas guests left our shores understanding what Turangawaewae means to us as a nation and how our wine industry has embraced it in terms of this special varietal.

Our export markets continued to grow, particularly the US. In February The Gomberg Fredrickson Report showed that New Zealand wines were third in terms of value and volume imported by the US, only behind power players Italy and France. A massive achievement for a country that produces less than one percent of the world’s wine.

May was an important month in terms of biosecurity for our industry. New Zealand Winegrowers signed a Government Industry Agreement (GIA) which allows the industry a seat at the table in the case of a biosecurity incursion.

Other momentous events included the announcement that the New Zealand School of Winegrowing had gained approval and backing from the education and industry sectors. The school will offer up to 20 young Marlborough students the chance to gain NCEA credits while learning the basics of the wine industry.

Marlborough will also be the base for a new research centre, with the signing of a contract between NZW and the Ministry of Business, Innovation and Employment. The government will provide $12.5 million in funding over four years for the venture, with an establishment team now in place

to oversee the implementation of the centre.

Finally, after 11 years, the Geographical Indications (Wine and Spirits) Registration Act came into force. While the bill was passed by government back in 2006, it wasn’t until July 27 that 18 applications for GIs were lodged for the first time. These applications are now being accepted by the Intellectual Property Office of New Zealand, and if there are no objections, the GIs will be registered.

Then amongst all of that, Women in Wine New Zealand was launched, prior to the Bragato Conference. The evening event was a sellout, attracting women and men from all spheres of the wine industry. The board of NZW has thrown its weight behind the initiative, with 2018 promising a number of projects in support of Women in Wine.

So it has been a busy year, one that has seen the wine industry achieve a number of major milestones. May it end with perfect summer weather, for you and those around you. Have a great holiday period and we’ll see you in 2018.