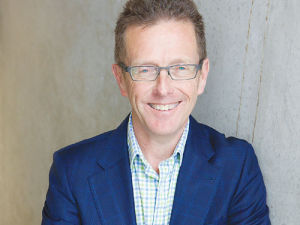 In his diary Reverend Samuel Marsden records on September 25 1819 that he planted some grapevines in the grounds of the Stone Store, Kerikeri in the Bay of Islands. These vines were the first planted in New Zealand.

It is not known what variety(ies) were planted nor the exact position in the grounds of the Stone Store where the vines were planted. However, the fact of the planting is recorded for posterity in the Marsden diaries – this makes New Zealand one of very few countries in the world where the exact date of the planting of the first vines is known. In short another unique New Zealand wine story.

The first recording in the historical accounts of wine in New Zealand is connected with James Busby. Busby, the Crown’s Resident in New Zealand, lived in what is now called the Treaty House at the Treaty Grounds in Waitangi. Busby was the architect of the Treaty of Waitangi and is regarded as the first winemaker in New Zealand.

There are some old gnarly grapevines still growing directly behind the Treaty House. The curators believe that those vines have grown from cuttings taken from vines originally planted by Busby at the Treaty Grounds.

Given this is a once in 200 year opportunity, NZ Winegrowers is currently organising the celebrations around this vine bi-centenary. The celebration will feature a ceremonial planting of a grape vine at the Stonehouse at Kerikeri on the afternoon of Wednesday 25 September and a celebratory dinner on the Treaty Grounds at Waitangi later that evening.

Members have already received invites to the celebrations in the Bay of Islands, but there is more to the bi-centenary than the events in the North.

We encourage all of our members to be part of the 200 year celebration by sharing historic images and stories of their own heritage.

We will be sending out a digital toolkit that includes a 200 year anniversary logo and sticker that wineries can use on their marketing materials and wine bottles.

So get involved in the 200th anniversary of Marsden’s planting of the first vines in New Zealand and help make it a celebration across the whole of our industry.