The founder of Onguard said the Kaikoura earthquake was a big wake up call for wineries.

The founder of the Onguard seismic tank system says the 2013 Seddon earthquake was a wake-up call for wine companies and insurers, but the 7.8 magnitude Kaikōura earthquake in November 2016 really got their attention.

“That has caused a step change. I think people realise now that doing nothing is not an option,” says Will.

“We see a whole different attitude to winery protection. There are millions of dollars’ worth of product sitting in a tank, as well as health and safety risk and environmental risk.”

The Onguard system was designed after the Seddon event, and is based on replaceable sacrificial fuses within anchors at the base of tanks.

Onguard’s structural engineers design the entire tank system so that when an earthquake hits, the fuses take the brunt of the energy, protecting other elements of the system, including catwalks, Will says.

After 2013, several wineries retrofitted or rebuilt using Onguard, and all of those systems came through the Kaikōura earthquake safe and sound, he says.

That earthquake caused around $300 million dollars of damage in Marlborough’s wine industry, and lives would have been lost had it not been the middle of the night, says Will.

In the years since, Onguard has been busy designing and installing systems, replacing fuses where necessary, and retrofitting tanks with sacrificial anchors.

The company also does a lot of work in the United States (which Will says is woefully unprepared for earthquakes) and has more than 20,000 units worldwide.

A new complementary system – Tygr Eye – activates with seismic movement to any liquid storage tank, and beams the information up to a database in the cloud, says Will. “So after an event you can log into the database and check on the condition of your inventory of tanks. If there has been movement, it will tell us what the movement and impact was.”

That information is very useful to insurers, “because typically after an event someone turns up with clipboards”, he says. “Now we can give them the information in a matter of minutes.” 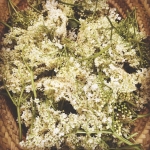 Foraging – a word that conjures up wandering around with large baskets, collecting an array of products straight from the land with the aim of creating a later meal.