What does the Chinese consumer want? 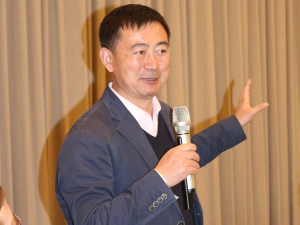 Professor Demei LI, one of the foremost Chinese wine experts.

China will soon become the second-largest consumer of wine in the world — but what varieties do they like to drink?

In November 2019, Tessa Nicholson visited China as part of ProWine Shanghai. While in the country, she spent time in the Ningxia region, talking to wine experts including Professor Demai LI associate professor of Wine Tasting and Enology at Beijing Agriculture College.

The vast size and population base of China has long been a magnet for exporters the world over. So it is no surprise that wine producing countries are flocking to the country, in the hopes of increasing their export sales.

But despite a population of 1.4 billion, the number of wine consumers in China is thought to only be between 20 and 30 million, according to Professor Demei LI, associate professor of Wine Tasting and Enology at Beijing Agriculture College.

Professor LI says there is a large segment of the population who drink no alcohol at all, while other alcoholic beverages such as beer, Baijiu and Yellow Rice Wine command a far greater segment of the market than wine made from grapes.

However, that small percentage of wine consumers is growing and the value of wine sold in China is high when compared with other countries.

“China will become the second largest consumer of wine in the world, in terms of value, by 2021,”Professor LI says. “It will take over the United Kingdom.”

As the country promotes its own wine production, more consumers are coming on board. With 870,000 ha already planted and further expansion in areas like Ningxia in the pipeline, the domestic market has become a vital cog in the wheel of China’s wine industry. Professor LI says more than 90 percent of Chinese wine is sold on the domestic market. But that hasn’t stymied the importing of wine. According to the General Administration of Chinese Customs, in 2018 China imported 690 million litres of wine. That is more than double what New Zealand produced in 2019 (297 million litres).

What’s more as Professor LI mentioned, the value of the wine imported is high. “In 2017 Chinese consumers paid more for their wine than other parts of the world. We pay more than you pay. That is why local producers focus on local markets, because it is an easy market.”

Notice how he describes the wines in terms of dry red or dry white. that is an important point, given many consumers are still unsure about varieties and styles. Professor LI says the majority of consumers are influenced by two things.

“The label and back label is more important than the inside of the bottle, so (many) chose wine always in the price range and then maybe for the package. They may know a region like Bordeaux and that may be important, but not always.

“If they know more details about wine (work in the wine industry) then they chose by variety. Most do not consider the taste to buy wine. A label such as dry red wine is helpful.”

Another important aspect to consider, is where you plan to sell your wine. As has been talked about for years, China is not a mono culture. It is a vast array of different cultures. There is no standard Chinese dish, and the style of food is very dependent on location.

Professor LI says, the taste sensations of China are clearly different, ranging from spicy to salty, sweet to seafood, with many overlapping. By considering where your potential market lies, and the style of food preferred in that area, wine producers can clearly market their product in a more succinct way.

After investing over $1 billion and following 10 years of poor returns, Fonterra has agreed to sell its China farms for $555 million (RMB ¥2.5 billion).