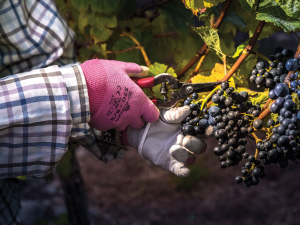 This coming October, growers and wineries will be asked to cast their votes on the future of the grape and wine levies which fund New Zealand Winegrowers. The dates have been postponed from September to October – more information is available below.

What am I being asked to vote on?

The key levy parameters will be the same or similar to those which members have been familiar with over the past five years.

This means that it is proposed that:

Why was the vote delayed?

The vote was originally scheduled for September. Following a consultation period on the proposal to increase the wine levy cap, the board received feedback from a number of members. The board concluded that additional time was required to respond to the issues raised in some of that feedback and to discuss the proposal with members who had questions.

How will the vote work?

Voting will open on Monday 18 October at 10am and will run for three weeks (closing on Friday 5 November at 12pm). The timeframe for approval of a new levy order means this is the latest time the vote can be held.

As with the referendum held in October 2015, this referendum will primarily be held electronically and administered by Electionz.com, an independent organisation. Your voting forms will come from Electionz.com rather than from NZW, so keep an eye out for these in your inbox.

What happens after the vote?

If the industry votes to renew the levy orders, NZW will apply to the Ministry for Primary Industries (MPI) for a further levy order. This will take effect on 1 July 2022 for a further six years. Following industry feedback, the board has also agreed to review the structure of the levy orders more broadly, given the time that has passed since the last levy orders were set and the changes that have taken place in the industry since then. This process will take time to get right and will not be able to be completed before the levy vote as it will require comprehensive consultation with members. The board will consider the scope and timeframe for any review at its strategic planning meeting in November.

If the industry votes not to renew the levy orders, then steps will need to be taken to wind up NZW as the current industry organisation.

If you have any questions regarding the process, please contact This email address is being protected from spambots. You need JavaScript enabled to view it.. You can also contact NZW CEO Philip Gregan on 021 964 564. The referendum website is also updated regularly: nzwine.com/levy-vote.

After a year's hiatus due to Covid-19, the New Zealand Winegrowers Blind Tasting will take place on 16 November in Auckland.

There's a bit of glass half full in New Zealand Winegrowers' 2021 vintage report, with "superb" quality wines and abundance of global demand.

Fabian Yukich is a wine industry stalwart, an environmental champion and a pretty decent concrete layer. In the first of a series celebrating Sustainability Guardians, Sophie Preece talks to the Chair of New Zealand Winegrowers’ Environment Committee.

The idea of empowering women in wine here in New Zealand was first mooted within the halls of New Zealand Winegrowers (NZW) last year, and has quickly grown from a suggestion, to a real initiative.