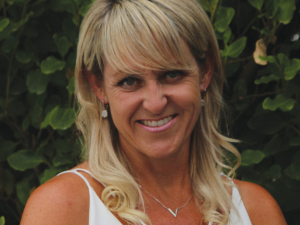 The New Zealand Winegrowers Research Centre (NZWRC) is breaking ground in terms of technology, as phase one of the research winery begins.

Establishment Manager Tracy Benge says six “bespoke” wine tanks have been designed and built and will be ready to begin trials, this vintage.

The tanks will be housed at the NMIT teaching winery, in Blenheim after a MOU was signed between the two organisations late last year.

Currently, NMIT have two 500 litre tanks within the winery for teaching purposes, while Plant & Food have an adjoining microvin unit, which contains two and seven litre ferments.

The bespoke tanks will hold 200 litres, but the novel or “bespoke” quality Benge says, is that they provide the Centre with a “two in one” deal.

“Within each 200-litre tank we can do four small ferments, thanks to inserts that can be placed within the tank.”
Which means that with fermentation controlling the entire tank, each of the inserts undergoes the exact same conditions, reducing variability.

“The reason we have gone for four inserts is because most research trials are based on triplicates plus a spare,” Benge says.

The inserts are removable, meaning that while small trials of 17 litres (the amount each insert holds) can be undertaken, once they are removed, the tank returns to a 200 litre vessel. Both the 200L tanks and 17L inserts can be used for either red or white wine, with built
in agitators and plungers, as well as automated Brix measurement.

As far as she knows, there are no other tanks like this in any research centre throughout the world. Six have been built, and they will be used in two separate trials this vintage, which will be managed by Plant & Food Research (PFR). “This means our collaboration between NZWRC and our partners PFR and NMIT will be operational from February 2019 and will allow us to test the model on a small scale, before a full-scale research winery is built”. The first trial will be with Sauvignon Blanc and Pinot Noir (juice provided by Indevin and Pernod Ricard) concentrating on fermentation efficacy. Replica trials will be undertaken based on the supplier wineries’ 5000 litre tanks.

“We will mimic their winemaking in our tanks to give us that commercial comparison,” Benge says.

The second trial will be related to storage. “We want to check these tanks in terms of impact on storing wine.”
Two different lids have been designed. One will be a variable lid that moves up and down removing any ullage.  This will be compared to a fixed lid to review the effectiveness of the seals and identify if there is any oxygen exposure.

All the tanks will be automated, and VinWizard are developing fermentation monitoring and control technology that will include some newly designed density metres, not yet in production. The technology aspect is important Benge says.

“Part of our successful bid to MBIE for a research winery was that it would also be a technology hub, so it allows us to trial new pieces of technology as they come onto the market.”

Another objective is to make these tanks accessible to the industry, for wineries wanting to conduct trials of their own, whether it be new winemaking products or techniques.

While the virtual winery is phase one, the second phase once these trials are completed, will see a full research winery built in the future. If the purpose-built tanks are successful, she says 150 will be produced. “That is longer term, another year or two. First though we want to get this virtual winery up and running, and identify any issues or improvements, before moving on to that.”

A Communications Plan is being developed to cover the trials, so expect to see more on the outcomes of the trials over vintage.

Case IH owners will now able to make more informed farm management decisions – based on both real-time and historic data generated by their machines.

Another reason not to leave the cab

Simple design coupled with a product that ‘gets the job done’, has led to Datamars taking the Gold Pin at the Best Design Awards.