The history of Sauvignon Blanc 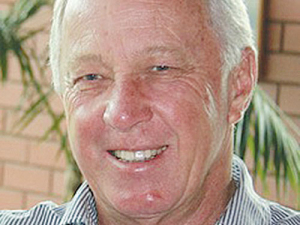 May 5, 2017 saw the world celebrate our most famous wine variety.

Just how Sauvignon Blanc came to be such a winner here in New Zealand is open to a lot of interpretation. But in the following article, the one man who can be credited first and foremost with introducing Sauvignon to New Zealand, explains how it came about The following article was written for NZ Winegrower by Ross Spence back in 2001, but is still highly relevant today.

It is unknown when Sauvignon Blanc was first brought into New Zealand, however we do know that there was a clone (TK00204) in New Zealand prior to 1960 that was held at the Government Te Kauwhata Viticultural Research Station.

Wine writer Michael Cooper has researched early documents and believes that the early clone of Sauvignon Blanc is likely to have been brought to New Zealand by Romeo Bragato who visited New Zealand in 1895. Bragato was at that time employed in Australia by the Victorian Government and was on loan from Victoria to the New Zealand Government to assess the potential for grape growing and winemaking in New Zealand.

While spending two years studying winemaking and viticulture in California at The University of Fresno I became interested in Sauvignon Blanc as an aromatic variety with mid-season ripening and robust enough to do well in New Zealand. In the mid-1960’s I managed to obtain some plant material that was labelled Sauvignon Blanc from the Te Kauwhata Viticultural Research Centre and grafted this onto 1202 rootstock in my small nursery that I operated together with my wife Adrienne. It was sufficient to plant about 250 vines in our Matua Road vineyard in 1968.

The vines were vigorous and grew well but were susceptible to phytophthora fungus root infection despite the well-drained soils, and were also very severely infected with leaf roll virus. Expecting large crops from the vigorous vines I was very disappointed to find, that although there were large quantities of embryonic flower clusters, they were very poor at setting and the resulting crops disappointingly small. This was attributed wholly to the severity of leaf roll virus infection.

However, the small amount of fruit was distinctively flavoured, aromatic and quite delicious to eat when fully ripe. At this time, I was employed as winemaker by George Fistonich at Villa Maria and I processed a small laboratory sample of around six litres. This sample wine demonstrated that a very distinctive wine could be produced that would rival Muller Thurgau, as the popular wine of the time.

The first commercial quantity of New Zealand Sauvignon Blanc was produced in the original tin shed winery in 1974, Matua Valley’s first winery site in Swanson, from the fruit grown in Matua Road from the clone discovered from the Te Kauwhata Research Station. Although a relatively small quantity, it clearly demonstrated the wine was refreshingly different from Muller Thurgau. This wine received numerous accolades, especially from the Auckland Wine and Food Society who tried the wine blind at a tasting. Jock Graham the Society President and well known New Zealand Herald wine writer of the time, acclaimed it as one of the first New Zealand wines to rival European quality.

However, it was not a viable crop at less than one and a half tonnes per acre. The trial results clearly demonstrated its potential and I was determined to find a newer clone that I had heard about being recently imported into New Zealand. Although it had been imported by the Department of Agriculture they were unable to say where it was other than they thought that it had been planted into a trial block which could have been in anywhere in Auckland and Hawke’s Bay.

I was aware that Joe Corban the Chief Viticulturist for Corbans Winery had provided the then Department of Agriculture with some area for trialing grape varieties and asked him if he had any information as to what varieties were in the trials. He advised me had no idea and didn’t think that the Agriculture Department did either. I explained what I was looking for and he said to help myself as he was removing the trials to replant them as nobody from MAF was interested, so be quick.

After much searching, with an ampleography book in one hand and notebook in the other, I found one Sauvignon Blanc vine and a Semillon vine alongside it. It was later confirmed that the Sauvignon Blanc vine was the clone that had been imported by Frank Berry Smith the Department of Agriculture Viticulturist at the time. It came from the University of California at Davis and was released to the trial block in 1970 numbered TK05196. The Corbans MAF trial block was destroyed a few weeks after I removed the propagation wood. Joe Corban was always a man of his word.

Wayne Thomas a viticulturist with Montana Wines had heard that I had found this clone and managed to convince me to part with a couple of cuttings which he was going to use for bulking up and growing in Marlborough. Wayne was operating a substantial grapevine green-tip propagation plant in Avondale for Montana and over the next few years he turned the few cuttings into thousands of plants which were trucked to Marlborough and planted.

During the winter of 1975 the small amount of wood from both the Sauvignon Blanc and Semillon vines was bulked up for two years to provide enough grafting material for Bill and me to plant the first commercial block from this clone at the Matua Waimauku vineyard in 1978.

This new UCD clone TK09156 appeared clean of virus, cropped and set fruit well and the small 7-acre block at Waimauku flourished. The fruit was distinctive and had very powerful and aggressive aromas and flavours which were a shock to the palate of the New Zealand wine consumer. They were more used to Muller Thurgau which was usually bottled with a generous addition of sweet grape juice to give it an extra dimension.

The Matua Valley Winery Waimauku vineyard went on to provide good crops of Sauvignon Blanc and the wine gained special attention from other wineries looking for a wine that had something different to offer. It was not long before Montana, Corbans and Hunters Wines were using the Waimauku Sauvignon block as a source block of scion wood for plantings in the new wine grape region of Marlborough. All of the propagation wood for the original Marlborough planting came from the Matua Valley Waimauku vineyard block that originally was bulked up from the one Sauvignon Blanc vine at the MAF trial block at Corbans.

Sauvignon Blanc was a very difficult variety to sell in the mid to late 70’s. The New Zealand palate was used to sweet low alcohol wines and a dryer unusually flavoured wine with a foreign name was not going to have instant fame.

Sauvignon Blanc production from the Waimauku vineyard was a very slow seller and at a meeting with the father of Californian Sauvignon Blanc, Robert Mondavi, at the Waimauku winery, Bill and I discussed the problems we were having getting the public to accept what we believed to be a sensational varietal style with potential for growth. Mondavi told the story of having a similar problem in California with Sauvignon Blanc he had produced. He advised us to change the name as he did in California to Fume Blanc and see if it assisted sales. This we did and to our delight sales grew. When asked as to why he chose the name Fume Blanc Robert Mondavi said that the idea came to him when he was in the Loire Region in Autumn and looking down the smoky valley decided to use the French word for smoke to describe Sauvignon Blanc wine the region was so famous for.

It was a master stroke for New Zealand when Peter Hubscher, Montana’s winemaker, agreed to get their company viticulturist Wayne Thomas to propagate vines for their new vineyard in Marlborough.

Clearly, there is a variation in the wine styles that are produced in New Zealand. Cooler areas such as Marlborough, Nelson and Wairarapa produce wines that have very aggressive, pungent grassiness, passionfruit, gooseberry and ‘cats pee’ characters.

In the warmer climates of Hawke’s Bay and Auckland, Sauvignon Blancs have a softer more tropical fruit/melon like character with softer grassiness. The difference is quite distinctive and one would find it hard to mistake the region of origin when tasting these wines.

There is no doubt that New Zealand Sauvignon Blanc will continue to stun the world with its distinctive character and quality and provide a solid base for further opportunities with other grape varieties.

International Sauvignon Blanc Day on 7 May saw 35 lifestyle social media influencers around the world invited to "Pour yourself a glass of New Zealand".

Sauvignon Blanc in a sweet spot

Covid-19 has given Constellation Brands New Zealand a boost in the US market, as consumers fall back to strong brands they trust, says Managing Director Simon Towns.