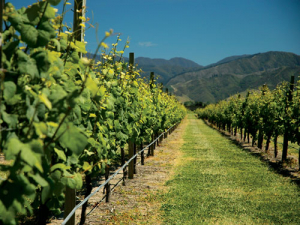 The 2019 New Zealand vintage was the third in a row that the industry produced less than the forecasted sales for the next 12 months.

Which means stocks to draw on are getting lower, and the supply/demand balance is under tension.

This follows smaller than expected vintages in both 2018 and 2017.

“Over the last two vintages we have sold more wine than the industry produced out of the previous vintage. So there was already some tension in the supply demand balance going into this vintage.”

The vintage yield itself was only down one percent compared with last year, but that is despite an increase of two percent in vineyard area.

The big player in that decrease can be attributed to a much lower Pinot Noir yield in Marlborough, Gregan says. Across the country, Pinot yields were down 20 percent, the majority of that due to weather conditions during flowering in Marlborough and spring frosts in Wellington Wine Country.

Northland and Auckland growers had a phenomenal year, with yield increases of between 100 and 180 percent. Gisborne saw increases of 25 percent, but Hawke’s Bay, Wellington Wine Country, Marlborough, Canterbury and Waitaki saw drops in yield of between two and 76 percent.

Good things come in small packages apparently, and that is the good news of vintage 19. The quality of the fruit was high and wineries are expecting some positive reviews of the wines to come out of this year.

Another New Year has begun and at least on the weather front appears to have started well with lots of warm, dry weather. Long may that continue!

Extracting value from the Strategic Review

By now most members should be well aware that the results from the recent Strategic Review have been delivered to New Zealand Winegrowers and are available to growers and wineries.

The New Zealand wine industry is busy planning for the up-coming vintage after taking into account the impact of the recent Kaikoura earthquake.