Breaking down the Chinese Market 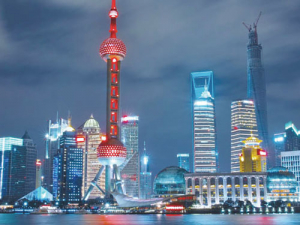 China is expected to become the world’s second largest importer of wine by 2021.

Tessa Nicholson looks at where that growth is coming from and how New Zealand fits in.

Those figures came from Simon Zhou, a former New Zealander who established his Shanghai fine wine shop, Ruby Red, in 2004. He was presenting to a large group of international journalists who visited Shanghai in November, for ProWine China.

While the stats are impressive, Zhou said they have to considered alongside other alcoholic beverages. For example the beer market is worth USD$23.5 billion and Baijui sales in mainland China equate to $72.5 billion, almost three times the sales of wine.

“So the wine market in China is very small in terms of other alcoholic beverages,” he said.

“The top four countries account for almost 90 percent of all imports by volume. By value it is different. New Zealand value is well up there, even though the volume is not.”

In terms of where the wine imports are going, Zhou was at pains to point out China is not just a single market. In fact, he described it as “many, many markets” separated into four quadrants.

The Guangdong province has the highest figures for import volume, followed by Shanghai. In terms of value though, the situation is reversed with Shanghai having the highest value of imports and per capita consumption. Beijing is a lot lower than both when it comes to value, volume and consumption.

It is the differences that make China a difficult market to come to terms with. Zhou says the first-tier cities of Shanghai, Beijing, Guangzhou and Shenzhen, all have a “very strong western dining culture”, so his company does a lot of on-trade business. “But once you get out of those cities, the on-trade drops to almost insignificance.”

The average price paid for wine also varies greatly, depending on where in China you are based. In Shanghai the average Ruby Red price is NZD$80, Beijing - NZD$95 and in second tier cities it is NZD$31.

Just how much wine is consumed per capita is a difficult one to define Zhou says. He puts it at point six or point seven litres per person, per year. (But that has to be countered with the fact that a massive percentage of the population drink no wine at all). And those that do drink wine, do so less than once every two weeks.

Defining the Chinese consumer from his own business perspective, Zhou said the largest group is aged between 28 and 48, with 75 percent of all purchases made by a male. When asked if there was any movement in the female sector, he said no.

“Not many women drink alcohol in China – the average of females drinking alcohol is quite low.”

But there is good news for New Zealand producers. Zhou said the Chinese love affair with Bordeaux style wines is starting to wane, and more people are now looking towards Burgundian styles. New Zealand Pinot Noir may be able to take advantage of that. Already he said, Ruby Red customers are beginning to show preferences.

Why red is the preferred choice

It is well known that Chinese consumers prefer red wine to white. A lot has been made about the health benefits associated with red wine, as well as the colour red being a fortuitous one. But Zhou expanded on the perception of health benefits during his presentation.

“Chinese people don’t drink cold water. If you ask in a Chinese restaurant for water, it will be warm. The perception is that room temperature of products is better for your body. So because white wine and Rosé need to be chilled and the majority of Chinese people don’t like to drink chilled products, introducing a white wine is a battle.

“Will that change? Not likely. It will increase, but there is unlikely to be a dramatic change. When you go into McDonalds and see people ask for coke with ice, it might indicate the market is changing, but I don’t see that happening anytime soon.

“Plus the perception is that all wine is red. If you went out into the smaller cities and asked people what colour wine is, 99.9 percent would say it is red. Very few people associate wine with the colour white.”