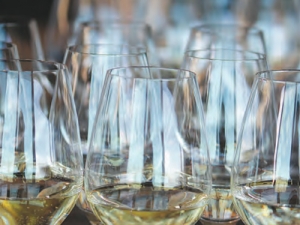 Marlborough Sauvignon Blanc is spearheading our growth in the US market.

The big may get bigger, Sauvignon's star is still rising, distribution will play a key as will the need for wineries to own more of their fruit supply.

These are just a few of the things to come out of the latest Rabobank Wine Quarterly Report.

It has been a stellar year for the New Zealand wine industry especially within the US market. After five years of continued growth, in 2015 New Zealand wine volumes grew 12 percent. That is the highest of any country exporting into that market. And Rabobank doesn't believe that will end any time soon.

"Contrary to the view of those aficionados who might like to belittle the 'simplistic' style of Marlborough Sauvignon Blanc, many, many more are still drawn to its refreshing style......New Zealand's most buoyant market over the past five years (US) is also one of those that still has considerable upside."

The US became our largest export market in 2015, with the UK close behind and Australia in third place. There has definitely been a plateauing within the Aussie market, but Rabobank counters that by saying the market is reaching mature levels "and demand is becoming increasingly price sensitive."

In terms of the US, the report states that distribution is the key to on-going growth. Consolidation within this space has left very little room for the multitude of brands wanting to make their mark within the market place.

"Even some of New Zealand's larger independent wine companies are struggling to find effective distribution in order to keep pace with those New Zealand brands owned and handled by the big US-based companies."

There are also concerns limited market opportunity and limited access to cost competitive supply is impacting on the profitability of small to medium sized wineries. Because of that the report states, "fortune favours the big."

Signs of consolidation are emerging within the New Zealand industry as the recent NZEIR report stated. (See page ???) Winery and grower numbers are declining, despite increased production. The Rabobank report says that is likely to continue.

"A process of industry consolidation is nevertheless likely to gather pace over the coming years, as mergers and acquisitions seek to more profitably employ the assets of smaller independent firms struggling to compete and grow."

Scale is becoming more and more important within the US, especially as our wines move into the off premise channel. Wine companies are having to seriously look at owning more of their fruit supply to counter increased grape prices and maintain cost savings.

"The structure of a brand owner's supply chain is becoming a more important asset. In this respect owning vineyards in order to contribute a greater proportion of your own grape supply needs is now delivering significant cost savings."

And while the report is positive about the future for our flagship wine, it also says the reliance on Marlborough Sauvignon Blanc creates a conundrum.

"Diversifying the industry's exposure to one variety in one region will continue to prove challenging, as most other varieties and regions struggle to compete for capital."

More in this category: « Zespri eyes sales growth in South Korea
back to top