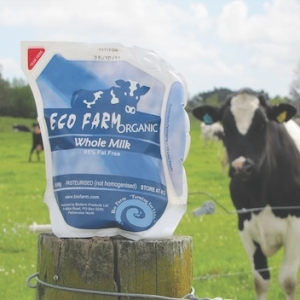 DISILLUSIONED FARMERS are looking for an internationally acceptable national organic standard due to a rise in international rules incompatible with the New Zealand farming system.

Fonterra’s certified organic milk suppliers have fallen from 112 farmers in 2011 to between 50 and 70 this year, according to industry sources.  Other organic producers are also concerned about having to comply with more rules.

Industry sources say while some producers have made changes to their operations, some claim that illogical standards make organic farming too hard. For example, Fonterra chased new markets in China and Korea which didn’t have their own organic standards, adhering instead to the US Department of Agriculture National Organic Programme (USDA NOP) standard.

Farmers quitting organics have complained about bans on Tanalised posts and giving calcium borogluconate to downer cows, and restrictions on administering magnesium oxide. Sources say these rules arose either from ‘incompatible sensibilities’ or differences in farming methods between US and New Zealand.

James Millton, the owner of the Gisborne biodynamic vineyard Millton Vineyards and Winery, says Europeans disapprove of galvanised steel fenceposts because of their carbon footprint and toxicity to soil organisms. This limits suppliers to American and European customers to concrete or hardwood posts for fences and trellises.

He says certifying bodies spend a lot of time and money gaining approval from the national and regional certifying agencies in NZ’s export markets.

“BioGro and AsureQuality are two of only eight international bodies in the world able to accredit licensees to every standard in the world. We are world class and we have to be, in order to deliver value to top-end markets. NZ accreditation agencies spend a lot of time and ​hundreds of thousands of dollars being audited themselves.”

NZ’s organic standards should be publicised more in our offshore markets, farmers say, especially given our clean green image and the amount of money we spend on promoting our organic produce.

A prominent formerly certified organic Waikato dairy farmer, Mike Moss, says it makes sense to have a New Zealand code. “We’re currently farming to a system designed in Washington when we could be farming to our own.”

Hoare says moves to internationalise New Zealand’s organic standards (via the International Federation of Organic Movements 2009 global organic market access scheme) have not advantaged NZ exporters because of export market protectionism and the nature of regulations in the NZ market, i.e. differences in assurances for organic and certified organic produce.

Moss wants to work within the system and supports most of the conditions, but says there are points where you need to draw a line. Other farmers are supporting an NZ standard for a different reason, seeing it as a way of raising the quality of the industry’s produce.

Millton says organic farmers should be able to handle a stricter code given the challenges farmers have already coped with.

“The things we’re dealing with in organics now will happen in conventional agriculture in 10 years. It would be good to see New Zealand have the strictest standard in the world; it would make the world better for the next generation.”