Hawkes Bay Chardonnay is the best 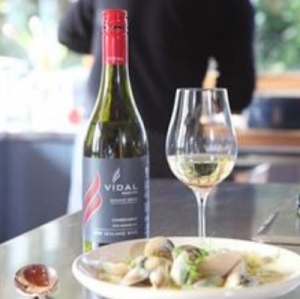 A Hawkes Bay Chardonnay has been awarded Champion Wine of Show at this year's Romeo Bragato Wine Awards.

The Bragato Wine Awards, held each year as part of the New Zealand Winegrowers Romeo Bragato Conference, are awarded to the grower for viticultural excellence.

The competition recognises that growing excellent grapes is the foundation of making wines of true quality.

The trophies were presented at the Bragato Dinner last night.
During the dinner three wine industry pioneers were inducted as Fellows of New Zealand Winegrowers. Hermann and Agnes Seifried, Seifried Estate in Nelson, and Richard Riddiford, Palliser Estate in Martinborough were honoured with the title and recognised for making an outstanding contribution to the New Zealand grape and wine industry.

The young leaders of the wine industry were also celebrated with 27 year old Paul Robinson from Villa Maria, Hawkes Bay, announced as the winner of the Young Viticulturist of the Year.

The rise of internet sales, the demise of big buttery Chardonnays and deep discounting are among the biggest challenges facing specialist wine retailers today, according to three owner-operators in Auckland, Taupo and Wellington.

Commerce and Consumer Affairs Minister Paul Goldsmith has announced the start of consultation on proposed regulations that will enable wine and spirit makers to register the geographical origins of their products.