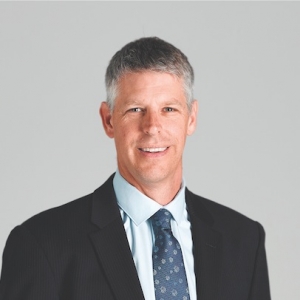 Lain Jager, showed that Zespri is determined to make good after Psa.

IT'S BEEN a big year for agriculture with the rise and fall – and still falling – of dairying prices. And for the first time in many years, sheep and beef farmers are feeling good – or is it that they know dairy aren’t in such a happy frame of mind? We take a look back on the year to see what was good, what was bad and what was downright ugly…

Leaders of the pack

Tatua and Miraka showed that small is good with both paying above Fonterra’s payout in 2013-14. Whether Miraka will wish to continue to pay more than Fonterra this season remains to be seen. Worth noting is that both Miraka and Tatua are producing more and more high-value products.

Lain Jager, Zespri’s chief executive, for his inspirational and future-focused speech at this year’s annual conference. Jager showed all who were there that his organisation is determined to make good after the problems Psa has caused the industry.

KPMG’s Ian Proudfoot also scored highly with his various Agribusiness Agenda publications. It is encouraging for the wider agribusiness sector that someone is thinking long-term and floating new ideas and concepts. It would seem the agri bootcamp is also doing likewise. Keep up the good work Ian.

Traci Houpapa, chair of the Federation of Maori Authorities, is another influential leader in agribusiness. She is also on the boards of Landcorp Farming and Te Uranga B2 Incorporation in the central North Island. Houpapa is one of a number of highly successful Maori women playing a major role in the growth of the ag sector.

Federated Farmers under new president William Rolleston are set to continue the good work done by Bruce Wills, raising the profile and credibility of the organisation. Add some new board members and a new chief executive – Graham Smith – and one can see Feds having as much influence as in the past. Wills did a great job and the new leaders are poised to fly even higher.

Best call to action for the year goes to Massey University’s Prof Peter Kemp for posing the question, “Are you bright enough to work in agriculture?” Kemp’s team at Massey is one of the few in New Zealand with a positive and constructive interface with farmers and media.  Also, credit to Lincoln’s University gurus Gibbs and Moot for transferring technology (fodder beet and lucerne respectively) at every opportunity.

A political home for Labour agriculture spokesman Damien O’Connor. A solid, talented and knowledgeable performer, he has been hung out to dry by his own party which seems to have no interest in agriculture apart from imposing a capital gains tax and cuddling with the Greens who essentially want a return to peasant farming.

Also wanted, a new speechwriter for Nathan Guy and perhaps a lesson or two on speech-making from the Prime Minister. Guy needs to loosen up a bit; his speeches are becoming terribly predictable – cracked-record messages about doubling exports by 2025 and the potential of Maori. A hard worker, but sometimes hamstrung by his department.

AgResearch may or may not be right in creating its Lincoln hub, but the perception is they are doing this poorly, losing good people in the process and don’t seem to care. A lot of the old guard of scientists have left and institutional knowledge is disappearing out the door in waves. Farmers are right to be concerned.

Ospri / NAIT / TBfree:  for a dogs-dinner of brands, numbers and databases. They’ve made what should be a simple job a nightmare for most farmers.

Equally bad, the thousands of hours farmers and their representatives are having to donate to thrash out environmental policy for regional councils. The so-called consultative model sounds good, but only the lawyers and bureaucrats get paid. Farmers who do the hard yards collecting evidence do this for nothing and at the expense of their own businesses.

Fish and Game still remains a pain in the proverbial of the primary sector. The lobby’s constant ‘carping’ and anti-farmer sentiment has it in serious danger of becoming a badly dressed wing of the Green Party and/or Greenpeace. Franticly protecting exotic pests so they can catch and kill them at their leisure at the expense of everything else in NZ makes the group look more like a bunch of fanatics than environmentalists!

Ongoing overcapacity in the meat industry: When will the red meat sector bite the bullet and shut down under-used processing plants? Farmers will have to pay the cost of any restructure – both financially and in the inability to get stocked killed during peak season or during droughts – but it will pay off in the long term.

A solid performance by the industry-good organisations which did their best to interface with their farmer constituents and levypayers. Field days, media releases and conferences were well done, but one wonders if the people they most need to educate are never there. However, to do nothing would be worse and clearly positive changes in farming are taking place and some of the credit should go to DairyNZ, Beef + Lamb and HortNZ.

Goodbye to the two long-serving chief executives of the meat co-operatives – Grant Cuff at Alliance Group and Keith Cooper at Silver Fern Farms. Both achieved great things for their individual businesses. Let’s hope the new faces continue the good work and can break the stalemate that is the meat industry structure.

God preserve us from any more boring papers and speeches by boring policy wonks, politicians, business people, sundry academics and others about the need to attract young people into agribusiness. Just put your hands in your collective pockets and dish out some old-fashioned dosh to lay on fleets of buses and take students and teachers to good farms to meet the talented, motivated young people who work in the sector. Actions speak louder than words guys and gals.

A lack of contrition from Fonterra on the damning report on how they (mis)handled the botulism scandal. In its PR spin the co-op “welcomed” the report then went on to say how they have improved things since.

Sorry, Theo, is spelt S-O-R-R-Y! A clear case of arrogance by the dairy giant which can’t seem to get the nature of the angst and scope of the damage it caused to the country and the need to say “we cocked up real badly”.

And another related PR disaster to end the year: MPI did little better; again no apology for its incompetence in this saga. PR rating for both organisations – 2 out of 10.

As we approach another year’s end we again highlight our annual review of 2019 in the primary sector as seen by Rural News’ editorial team.