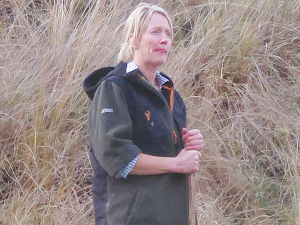 Smith believes a clear example is the looming emissions regulation and targets for the agricultural sector - where she claims DairyNZ took a position of a methane reduction of 10% by 2030, whereas Beef+Lamb NZ and Federated Farmers took the globally-accepted reduction of 3% by 2030 and 10% by 2050.

"This is a totally unacceptable captain's call by the dairy sector with no science or practicality underpinning it," Smith told Rural News.

"The only rationale that has been given to me for this was that they would gain 'credibility' with the Government. I am appalled that DairyNZ would attempt to grab unquantifiable brownie points, whilst throwing the most methane efficient ag sector in the world under the climate bus."

However, Smith does congratulate the sector for advocating for the split-gas approach (treating methane separately to long-lived gases) and the opportunity to develop a sector solution in He Waka Eka Noa (HWEN). But she adds these in themselves are not enough.

"We have failed to articulate the real facts and continue to see emotional headlines based on gross emissions such as 'Agriculture is responsible for 48% of NZ's emissions'. Every other sector worldwide is only being asked to be responsible to ensure 'no further warming' occurs, whilst NZ is asking its farmers to go beyond this and contribute to 'global cooling' underpinned by these self-imposed targets.

Rural News understands that Smith has spent the last six months trying to bridge a gap between elected industry officials and outside advocacy groups - such as Groundswell. She says the process commenced in good faith from all parties, with the goal of getting the independent groups to align with industry representatives - to underpin and strengthen the existing model.

Smith acknowledges Andrew Hoggard and Federated Farmers, who have been particularly vocal about asking for a science-based approach. Feds say the proposed emission reductions targets are "excessive" and will simply result in lower food production and higher food costs.

Smith agrees and believes it is unnecessary bureaucratic revenue gathering that will deliver worse environmental outcomes.

"I won't comment on the details of HWEN, which is an issue secondary to the targets," she told Rural News.

"While the concept is good, the options that are on the table have been predetermined and it is disappointing that some more palatable options have already been dismissed before socialising them with farmers," Smith says.

She reckons they may have used the same definition of 'consultation' as the Government.

"The big picture issue is, of course, that any pricing method and model is only as good as the targets that influence the outcomes and these are unpalatable," Smith explains. "Farmers went straight into industry-endorsed roadshows to 'know their numbers' before they even knew what they were signing up for."

She likens this to going to a criminal sentencing before you've even had a chance to mount a defence - through defining fair targets and acknowledging warming metrics, not gross metrics.

"One would hope - given that this is an intergenerational global commitment - that all farmers would be given the chance for full consultation with all options available to be discussed," Smith says, "not simply present us with two options and a default threat of the ETS.

More in this category: « Covid stresses export sector
back to top