The announcement was made on 20 November by Governor General Patsy Reddy at a special awards function in Rotorua.

“These horticulture ventures epitomise the Māori concept of Kaitiakitanga (guardianship). They have become assets of which the whole iwi is proud and shares in, providing employment and careers now and for future generations,” he said.

‘‘I’d like to congratulate Norm Carter and the Te Kaha 15B team, as well as all the finalists. The awards function was a powerful statement about Māori commitment to the whenua (land) and horticulture,’ said O’Neil.

Kingi Smiler, chairman of the Ahuwhenua Trophy Management Committee said Te Kaha 15 B Hineora Orchard was a worthy winner of the trophy.

“Their operation, like the other finalists, is something that must make their whānau feel proud of their efforts,’ he said.

“Māori are significant players in the horticultural sector and we must recognise their contribution to the New Zealand economy.”

Young Maori who work on dairy farms or who are involved in the dairy industry are being encouraged to enter the 2021 award for the Ahuwhenua Young Maori Farmer of the year.

The winners of this year’s Ahuwhenua Trophy for Excellence in Horticulture believed they didn’t stand a chance and never expected to win because their fellow finalists had bigger operations.

Finalists in the inaugural Ahuwhenua Young Māori Grower Award 2020 have been told that one of the big challenges is increasing the number of young Māori in leadership roles in the horticultural sector.

About 150 people turned out last week to attend a field day at Ngai Tukairangi Trust’s kiwifruit orchard at Matapihi. 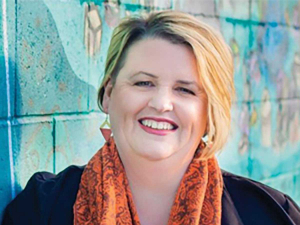 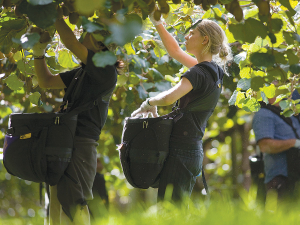 Hawke's Bay Regional Council says a $14,000 fine for an orchard that allowed an illegal agrichemical spray drift sends a…