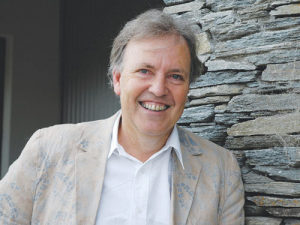 New Zealand’s wine industry is as strong as it’s ever been, with wine exports increasing in value and a robust new board structure advocating for all sectors.

This is the message from Steve Green, who has stepped down from the board of New Zealand Winegrowers after six years as its chairman.

“I’m pretty confident the industry is headed to good things in the future,” he says.

In 2008 the global financial crisis coincided with a big wine vintage across all major New Zealand wine regions. Ten years on prices are gradually restoring, while the wine industry has more focus on quality production rather than being supply-driven.

Amongst other NZW milestones during Green’s time on the board were; increased focus on biosecurity, and the restructuring of industry groups into the new NZW corporation (amalgamating the NZ Wine Institute and NZ Grapegrowers Council).

“It’s absolutely unique in the world to have an organisation that does that… representing and advocating for the interests of its entire grape and wine industry. We have a good working relationship between the three components - small wineries, larger wineries and growers. And the fact that I’m being succeeded by a grape grower as head of the wine industry – that’s fantastic.”

Having exchanged lake vistas from their Bannockburn Central Otago home for views over.the Nelson Bays where they are overseeing the building of their new home, Green, and his wife Barbara Robertson-Green are finding that “retirement” doesn’t mean a slackening in the pace of life but more a change in direction. Their wine journey started in 1994 when they first planted vines on a rabbit-infested block of land on the shores of the yet to be filled Lake Dunstan.  They were living in Dunedin at the time when just a handful of vineyards were being planted around Bannockburn and the Cromwell basin in Central Otago.

The Green’s knowledge was academic, with some practical experience as enthusiastic consumers. They loved Pinot Noir and were impressed with the efforts of pioneers Alan Brady and Rolf Mills in the early 1990s.

“We’d always been interested in wine, and then we saw there was an opportunity for us to be part of a young industry and move away from our corporate roles,” said Green.

They founded Carrick Wines, making the first two vintages under the Mt Difficulty label which they helped set up as a joint venture.  From 2000 Carrick began making wine under its own label, initially at Gibbston Valley Wines, then from their own winery at Bannockburn.

They took in equity partners when the winery and restaurant/tasting room were built, which was an important step in development of the Carrick brand. As was the transition through to organic production from 2008 and three years later, full organic certification.  “It changed the way we did things and the way we viewed our production practices.”

As well as a clear focus on Pinot Noir, Carrick was one of the foremost Chardonnay producers in the region. The range was added to and refined over time, with three Rieslings, a Pinot Gris, and a Sauvignon Blanc with barrel fermentation adding texture and complexity.

“We always had a clear focus that it was the vineyard that created the wine. The wine styles reflected the vineyard in their structure and longevity.”

As well as having a strong market presence across New Zealand, from early on Carrick focussed on establishing export markets, and Green could see strength in a collaborative marketing approach with other local growers. After he’d spent three years in the chair of the Central Otago Winegrowers Association, he became chairman of Central Otago Pinot Noir Limited (COPNL), the association’s marketing arm.

The joint marketing approach is perhaps unique to Central Otago, and it established the region as one of two or three serious Pinot Noir regions outside of Burgundy.   “I don’t think that, without the collaborative approach between wineries at the time – they would have been as successful as they are now,” said Robertson-Green.  “It put Central Otago ahead of their own brand.”

In 2016  the Greens were approached by Chinese-New Zealander, Elizabeth Zhong, of Kennedy Point Vineyards on Waiheke with an offer to buy Carrick.

The timing was good as the equity partners had retired and they were starting to think about succession planning.  “At some stage you realise you can’t keep working in the same job forever.”   Green remained CEO at Carrick until his move to Nelson earlier this year.

He remains a director of Felton Road Wines, chairman of the water infrastructure company for McArthur Ridges Wine Estates, and trustee of the Central Otago Pinot Noir Charitable Trust.