Where are the workers going to come from? — Editorial 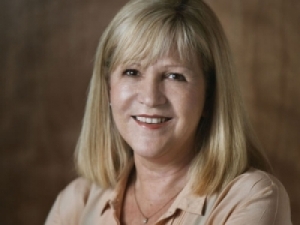 Humans cannot dictate the terroir for wines, no matter how much we would like to.

Instead it is a case of discovering the best soils, climate, and geography and developing from there. Hence wine regions emerging in areas that are not close to a large urban hub able to provide a steady workforce.

This is the situation that has occurred in New Zealand, with our first and third largest wine regions suffering from a lack of potential employees.

Marlborough, which produces over 66 percent of New Zealand's wine, only has a population base of 43, 416 according to the 2013 Census. That is just 1 percent of the entire country's population. More than 8300 people from the region are employed by the wine industry, or 10.1 percent of workers.

Central Otago which produces 5.4 percent of our wine, has a population base of 17,897 – less than a percent of New Zealand's total. Zero point seven percent of the workforce is employed by the wine industry.

In both regions that workforce is set to increase, particularly in Marlborough where vineyard plantings are expected to rise by 24 percent in the next four years, with a equal percentage of workers required.

With national unemployment rates rising to 5.7 percent recently, there is obvious pressure from government for industries to employ New Zealanders first. Which is all very commendable – but in the case of Marlborough and Central Otago, there are not too many people on the unemployment benefit that are suitable for vineyard work. And there are no major cities within easy driving distance that could provide an increased workforce.

Could people from other regions be transferred to fill gaps? Again a commendable idea – but are these people prepared to move to a new area?

In a recent drive in Central Otago, 40 Kiwis were taken on by the local wine industry. COWA Chair James Dicey says only two stayed on after the initial work period. Not exactly a huge success you must agree. It gets even worse Dicey says, given 1500 people were interviewed in the first instance to come up with the 40 workers. So with just two staying to take on full time employment out of 1500, is this a programme that warrants further development? Many would say no!

Besides if you could transfer workers into a wine region screaming out for staff, where will they live? That is a major challenge, given both Marlborough and Central Otago have a lack of accommodation suited for workers.

These are just some of the issues that have emerged from labour market surveys undertaken in the two regions in 2015.

If the government would like to see the wine industry grow even stronger, bring in more export revenue, and provide millions of dollars to the economy, the worker issue has to be sorted out. Treating Marlborough and Central Otago the same way other more populated areas like Auckland are treated, is not a viable option. The one size fits all approach to solving unemployment doesn't work for these two regions now. It is not likely to get any better in the future. S come serious discussion is required to help solve this issue if we are to move forward sustainably.