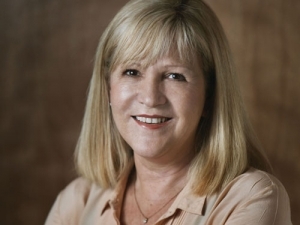 With the festive season now a distant memory, the New Zealand wine industry is gearing itself up for the 2016 vintage.

From the frost prone spring that impacted on wine regions, through to the up and down temperatures experienced during flowering and the rain laden days over January, one thing is certain. El Nino is making itself felt this season. There is more to come obviously, but whether that be average temperatures, high or low, wet or dry, the next two months will set the scene for vintage.

Rob Agnew from Plant & Food who helps put together the subscription based newsletter VineFacts explains on page 10 that the first half of the season was as variable as it could be.

Whether that variability continues is anyone's guess, but as the clouds of white netting cover the lush foliage of the vines, we will keep our fingers crossed for a stress free lead into the vintage.

Talking of busy, as NZ Winegrower goes to print, the final preparations for the International Sauvignon Blanc Celebration were occurring. This is the biggest wine event New Zealand has ever seen, with a sell out crowd of more than 300, in excess of 200 wines from nine countries and more than 20 guest speakers. It has taken over two years of planning for this Celebration to occur and given the importance of this variety to the entire New Zealand wine industry, it is appropriate that so much emphasis has been placed on it.

Hopefully by the time the two-and-a-half-day event ends, the gate keepers, critics, writers and experts will comprehend what many in our industry have known for years. New Zealand Sauvignon Blanc is not a one trick pony. It is unique, diverse and world-class. It launched this country onto the world wine scene and has been the back bone of the industry that is now New Zealand's sixth largest export earner, having surpassed the $1.5 billion mark.

What seemed like an almost unattainable goal of reaching exports worth $2 billion by 2020 now seems a realistic prospect.

With the North American market growing strongly, followed by Asia, there is plenty of scope for further growth. South Korea is one of those markets that is expanding steadily. Fifteen years ago there was only one New Zealand winery exporting to Korea. These days there are over 50 – and room for plenty more as we discover in this month's issue.

Also this month we introduce a new series that focuses on the multi-generational growth of our wine industry. Being so young, there are only a handful of companies that can boast of having more than two generations involved in their development. Villa Maria, Delegat, and Babich to name a few. In Family Vine we take a look at individuals who are following in their parent's or sibling's footsteps, creating their own dynasties. First up is father and daughter winemaking duo, John and Beth Forrest. Each speaks of the other's attributes and their individual goals for the future.

Those goals are similar to the rest of the industry – to establish a foundation that ensures a strong future for generations to come.

The future is also reliant on the sustainability of our land. We need to safeguard what we have, or better still improve it for the next generation. In our SWNZ profile (page 24) find out how one winery is doing just that.

Enjoy this first issue of 2016, and good luck for vintage.

Greenpeace is known for pulling stunts that land it on newspaper front pages and prime time news.

In many ways the Government's new regulations on animal welfare should not be necessary.

The results of the remit votes at Beef + Lamb NZ's recent annual meeting must surely be the final nail in the coffin of the meat sector ginger group MIE.

News that the TPP is to be signed here early next month will no doubt fire up outrage, ridiculous claims and pontificating by the usual array of serial protestors, desperate politicians and other economic Luddites.