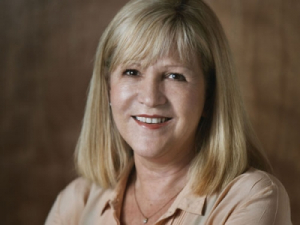 Welcome to the 100th issue of NZ Winegrower magazine – the official journal of New Zealand Winegrowers.

While we are not likely to get a letter from the Queen for our endeavours, we are still mighty proud of the achievements over the past 19 years. And not just within the magazine itself. New Zealand wine has been a success story like no other, (as commented on by politicians at this year’s Bragato Conference – see page 52).

For example, when Terry Dunleavy produced the very first issue, New Zealand had less than 9,000 hectares of grapes planted. The total production that year was 60,000 tonnes and our exports were 13,072 litres, with a value of $75,886. Even the most optimistic person around could hardly have foreseen the growth that would occur between then and now.

While it is always interesting to look back, it is even more fascinating to consider where we will be in the future. So in this issue, we are focusing on what industry members and those on the outside think the wine industry will look like by 2032 – when NZWinegrower will reach its 200th issue.

One of the most talked about concerns in recent years has been the potential impact of climate change. Dr James Renwick from Victoria University is an expert on the subject and while he confesses to not being an expert on wine, he certainly has his finger on the pulse of what could happen to New Zealand if the predictions surrounding climate change come to fruition. Geoff Thorpe looks at the industry moving forward – Is There Life Beyond Marlborough Sauvignon Blanc?, while other stalwarts consider new technology both in the vineyard and winery. Currency exchange, the future of verification, organics, food safety standards and urban sprawl all come under the spotlight this issue.

Plus we talk to our up and coming stars, the winners of the Bayer Young Viticulturist of the Year and the Tonnellerie de Mercurey Young Winemaker of the year, and get their views on where they think the industry will be in 16 years time. (You can find out more about our young winners on page 63)

We hope it gives you food for thought about where we are heading and what paths we will have to travel to get there.

On top of celebrating the future – this issue we also look back to this year’s Romeo Bragato conference, held in Marlborough. The largest event ever, it was a chance to not only celebrate the successes of the industry but to also look at the immediate issues. We cover a couple of those in this magazine; the impact of Brexit and the move towards developing New Zealand clones. Both are controversial in their own way – but both need to be considered calmly and logically.