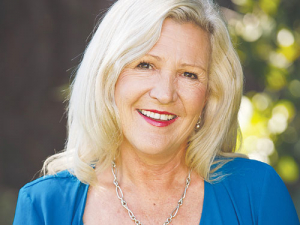 There are so many pleasures of doing the job that I do. One is that I get to talk to a wide range of people, from different walks of life, all so enthusiastic about the role they play in the wine industry.

People like Dr Mike Trought, who earlier this year retired after spending 40 years working within this industry. He arrived in New Zealand just five years after the first Montana plantings in Marlborough. And like Montana, he has played a significant role in the development and success of New Zealand wine.

Then there’s Kirsten Searle, who is our Women in Wine feature this issue. From a banking role in the UK to owning an historic piece of Gisborne history, Kirsten has made a lasting impression.

Or Patrick Materman, who for the past 29 years has worked for the same company, albeit the name has changed. Initially for Montana as a cellar-hand, Patrick now takes on the role of Global Winemaker for Pernod Ricard. Quite an honour, and one that will see him at the forefront of winemaking in countries like India. You may be surprised to hear his thoughts on the wines being produced already.

But the greatest pleasure this issue is to report on Sauvignon 2019. Held over three days, it was a cornucopia of information. And without being too back slappy (if there is such a phrase) it did reiterate just how significant the development of New Zealand Sauvignon Blanc is on a world scale.

The event brought together people from all over the world, to listen or inform, to taste and discuss, to meet and catch up, and to fall in love with our flagship wine all over again.

Being a part of something like Sauvignon 2019 is a privilege. Just one of the reasons I love this job so much.