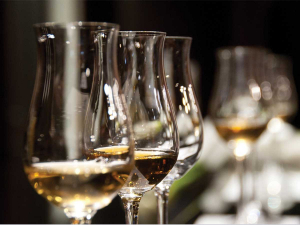 OPINION: It was an attention-grabbing headline in Yahoo News. "Three-fourths of people believe the rules of wine are intimidating".

A United States winery, Woodbridge, had commissioned a survey on the respect, or lack of it, shown by wine drinkers for the so-called called rules of wine.

Two thousand Americans aged 21 or older took part in the survey. Two-thirds of them believeed that there are right and wrong ways to drink wine. Only 17% professed to following the rules, while 89% of Gen Z-ers claim to follow the "rules of wine". Only 60% of millennials respected the rules and a relatively miniscule 12% of baby boomers bothered "sniffing and swirling".

The disrespectful boomers drank wine more often than any other group. A surprising three-fifths of those surveyed reported enjoying wine on at least three days a week. When asked about their favourite wine and food pairings, men preferred mac and cheese over other dishes (41%), while women opted for wings (34%). Unexpectedly, 62% of men and 50% of women said they prefer wine over beer while watching sports. Respondents were more concerned about where they drank wine (52%) than what type of container they drink it out of (42%) and the quality/price of the wine (43%). That surprised me.

Unusual drinking locations proved popular, with 43% enjoying wine in bed, 30% happy to risk dilution by drinking in the bath, and 42% drinking on the beach. The surveyed group appear to be a particularly fun-loving lot. More than a quarter usually drink wine at breakfast or brunch while 26% think that Happy Hour should be before 5pm.

There are two sorts of wine drinkers: the insecure and the very insecure. It is fine to break the rules if doing so doesn't compromise the pleasure you get from enjoying a glass of wine. Some of the so-called rules, such as sniffing and swirling or drinking the wine with the evening meal, can make a good wine taste even better.

The survey did leave me with an enduring image of a baby boomer drinking a can of wine in the bath with a Big Mac at breakfast.

Wine for a lifetime

OPINION: How much would you pay to get four bottles of wine each month for the rest of your life?

OPINION: To get an objective answer to that tricky question I trawled through my database of wine tasting notes.

OPINION: Drinks Business magazine has reported that, after taking a bit of a hit when the pandemic first struck, fine wine rebounded in the second half of 2020 and continues to grow, hitting an all-time high in 2021.

Escape to the Chateau

OPINION: If you have watched the television programme Escape to the Chateau you may, like me, have been tempted to put your house on the market and trade up to a magnificent chateau in a desirable corner of France.