New machinery for the vineyard 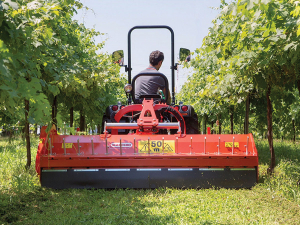 Mark Daniel on what's new in machinery for the vineyard.

The Maschio range of mulchers is claimed to be the most extensive in Europe, but for New Zealand viticulture, importer/distributor Power Farming suggests that the Corazza and Tigre models are a great fit.

Corazza is available in cutting widths from 155 to 230cms, with rigid/central or offset in mechanical or hydraulic operation. Said to be suitable for tractors in the range of 50 to 80hp the machines feature a central gearbox delivering power to the side of the machine, that then transmits that power via four drive belts to the mulching rotor.

In the case of the Corazza 190 model, the unit offers an industry leading 140cms of lateral offset, allowing the machine to work in restricted conditions or under overhanging canopies. The construction of the machine features a double-skinned rotor hood using 4mm plate steel, with a rear hood doubled up to 8mm thickness.

Said to be able to deal with material up to 10mm diameter, the unit features a dynamically balanced rotor fitted with helically-mounted no.14 blades that work in conjunction with an internally mounted counter frame in the area of the rear hood.

The rear roller offers two working positions, offering the ability to accommodate a rake kit, that serves to retain material, resulting in a finer chop of materials.

The heavier Tigre Series, designed for use with tractors from 55 to 140hp, can deal with material up to 12cms diameter, with a choice of mechanical or hydraulically offset headstocks.

The dynamically-balanced 194mm diameter mulching rotor features 150mm wide, club-style hammers, each weighing 1.2kgs and arranged in a helical pattern on the rotor for smooth running at speeds from 1700 to 2100rpm.

A floating headstock, combined with an adjustable rear roller assembly is said to ensure accurate ground following, so creating a consistent finish in the vineyard.

An integral holding rake at the front and upper quarter of the hood helps re-cut material to a smaller particle size while an optional collecting rake is said to refine the process even further.

Italian manufacturer Carraro, from Campodesega in the north of the country has history that dates to 1910. During a consolidation period in the 1980’s and 90’s, the company focussed production on “niche” tractors between 25 and 100hp, laid out with equal sized wheel equipment, that delivered power and traction, with the bonus of a tight turning circle in the confines of a narrow vineyard. On the manufacturing front, the company also created an axle and transmission division that has gone on to be the largest supplier in the world, used by many manufacturers in a variety of configurations. 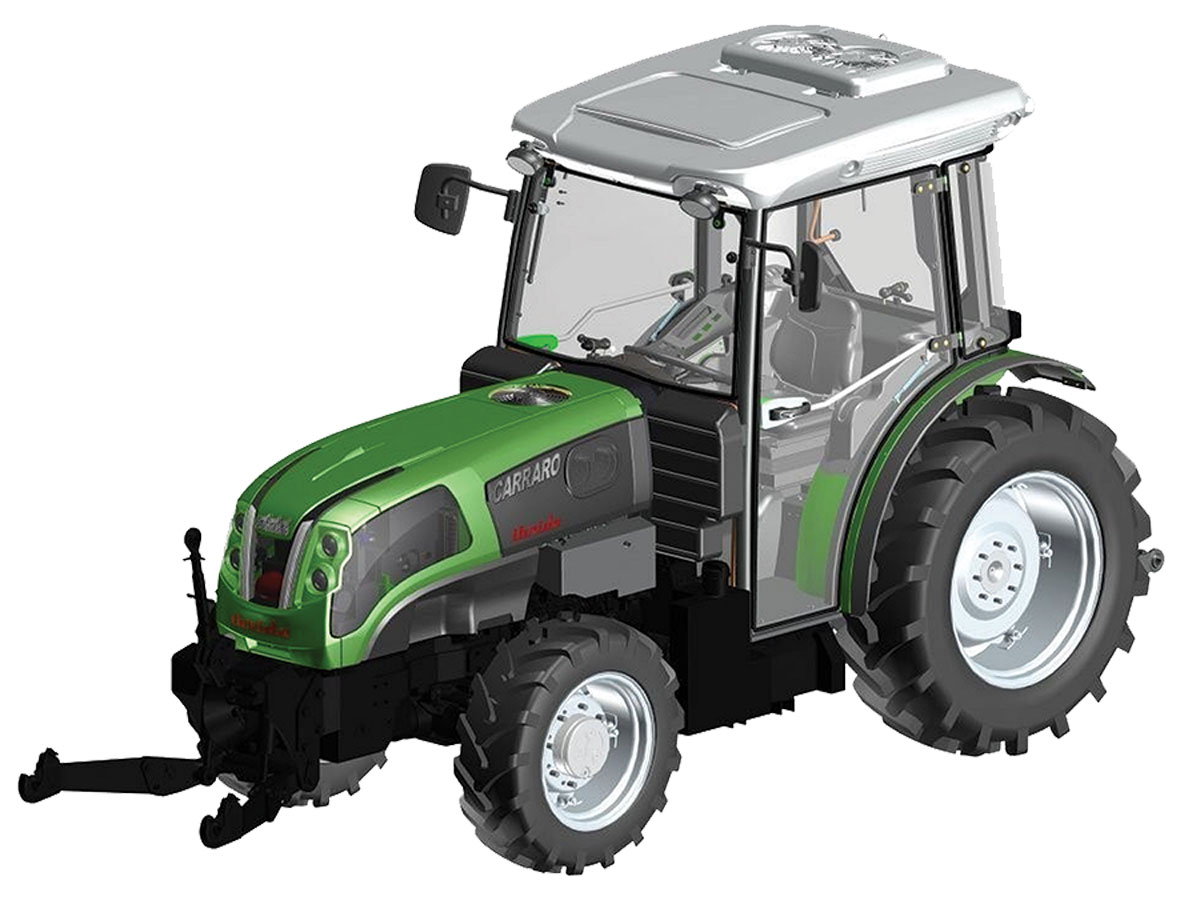 While their tractors have plenty of power for the prime mover and ancillary equipment, research suggests that in many cases the standard diesel engines being used in this type of tractor are often running at sub-optimal efficiency. With this in mind, the company has developed the “Ibrido” tractor, featuring an electric motor and battery pack, with the intention of improving operating efficiency.

With the electric motor offering up to 105hp, the same output as the diesel engine, the tractor can be used on a standalone electric basis, or in conjunction with the original engine. With a driveline that still retains the original 24F/24R speed layout, irrespective of the chosen power source, the set up should provide impressive torque response given the nature of electric motors.

The company suggests that the electric propulsion system offers distinct advantages for those operations wishing to create a positive environmental footprint, or indeed, in restricted environs such as in greenhouses or under low hung canopies.

The interest in the unit was noted at the recent EIMA 2018 Event with the concept being awarded both a Technical Innovation Award and the EIMA 2018 Blue Award.

Described as a medium duty disc harrow, the Maschio Veloce is ideal for seed bed preparation or for incorporating residues from previous crops.

The use of subsoilers to break sub-surface pans helps moisture and air to permeate the soil strata to promote healthy root growth.