The Whole Bunch: A virtual kōrero about Pinot 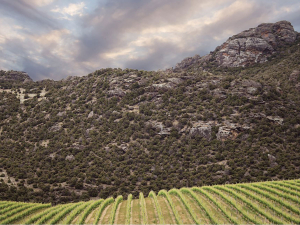 Covid-19 alert levels have seen The Whole Bunch Pinot Noir symposium shifted from September to February 2022, but the ideas kept flying via a virtual kōrero.

The Pinot Noir NZ celebration began in 2001, with possibly premature over-confidence, according to Nick, before evolving in 2017 to become more of a space in which "to reflect on our identity". That approach was to be continued at Pinot NZ 2021, initially planned for February this year, and through the subsequent Whole Bunch event designed to provide a space for national introspection before re-engagement with the world. Nick noted that the conversations started in the webinar and The Whole Bunch event would permit "us to be so much further ahead concerning how we're relating to our land and our people".

Pinot Noir production in New Zealand may be largely "a borrowed culture" from Burgundy, as Nick acknowledged in the webinar, but "many of the shared values that we have as Pinot Noir growers sit here as part of an indigenous framework". How to learn from those relationships was explored by Nicole, who is of Ngāi Tūāhuriri, Kati Huikai and English descent, with a background in renewable energy and cultural education. She explained how whanaungatanga - the Māori concept concerning forming and maintaining relationships - was not only an attitude, but must translate into practice. “History connects us. It’s about wanting to create a genuine partnership and having meaningful conversations at the beginning of the process, not when you’ve predetermined where you’re going.” This shouldn’t be intimidating, she said. “Approach this like the learning you do when you’re making your wines; there are always things you don’t know.”

Tim, an Australian ecologist, considers what New Zealand’s Pinot makers are doing as “incredibly exciting”, in being at the start of “fitting people to land” and applying prior Māori knowledge to this process. Drawing on examples from his experience working with indigenous Australian and Pacific communities, who have maintained a light imprint on their environments, he warned that humans could conversely have such a large impact that consequent extinctions shrink the space available to an entire ecosystem. “When I think of winegrowing, planting vineyards in an ecological space you can have a monstrously large impact, using pesticides and herbicides. These create a fertile vineyard, but has shrunk the total ecospace around it,” Tim observed. “To me ecological sustainability is premised around the idea that we can grow the whole ecospace at the same time we can prosper. That takes deep knowledge, and a view of the land that’s not entirely legalistic, and more about belief.”

“In the future I’d imagine that New Zealand Pinot is grown in a way that increases the ecospace of New Zealand; that gives home to more species, diversity, stability and richness,” proposed Tim when asked for his vision of its ideal future. “And that this does the same for New Zealand culture; that it acts as the great universal solvent for the culture to come together to activate and mobilise in a uniquely New Zealand way, giving people a living, but also a sense of purpose and pride - making the best, but working with nature.”

For Nicole, relationships need to become more relational than transactional. “Pinot Noir comes from a unique place where history connects us; where we care for environment and relationships with people; and that the profit is of purpose,” she said of her view of its future. “We tell that story on the world stage, that we are a benchmark in the way we’ve created a partnership and understand the importance of indigenous people.”

With funding of $10.3 million, the five-year Pinot Noir research programme is already breaking ground in terms of knowledge of this fickle grape and capricious wine.