Sustainability – Where to Now? 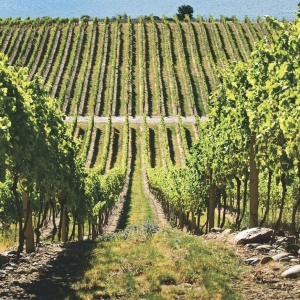 Into its 20th year, Sustainable Winegrowing New Zealand is at a crossroads. That’s the general message to come out of the Romeo Bragato conference, where the issue of sustainability was a central theme.

Chairman of the NZW sustainability committee, Gwyn Williams told the conference that “we have probably stalled in our progress.”

While this country was the first in the world to introduce a sustainable winegrowing programme, and despite the fact that 94% of the industry participates in it, we need to do more if we want to keep ahead of the opposition.

“The warning is that others are on the move around the world. There is big investment and big commitment to it. In New Zealand, we would lose our advantage if we do not move from here.”

It was a sentiment echoed by a large number of the speakers, from Fabian Yukich to James Dicey,  James Millton to Mat Goddard.

What has been achieved in the two decades the programme has been running, now needs new impetus to move forward. Williams said it was important for all in the industry to be a part of the planning for the future.

Where have we come from?

In 1995 a group of like minded individuals within the wine industry established IWP (Integrated Winegrape Production) a holistic vineyard programme. This later changed its name to Sustainable Winegrowing New Zealand.

In 2002 the wineries were brought into the fold with a sustainable winery module.

The aim was for 100% of New Zealand wineries and growers to be either a part of Sustainable Winegrowing or some other similar audited programme by 2012. The carrot to induce people was offered in 2007, when brand owners had to be a sustainably accredited member by 2012, if they wanted to take part in NZW marketing programmes or enter their wine into a NZW supported wine show such as Air NZ or Bragato.

The take-up has been significant, with 94% of the industry now part of the sustainable programme.

Where are we now?

It hasn’t been an easy road to get to where we are right now. Only last year Sustainability was the area that caused the most concern among members, during the annual survey. There was constant criticism about the scorecard and spray diaries software and the lack of flexibility. WiSE was introduced earlier this year as a direct response, allowing individuals to decide whether to answer just the compulsory questions, or to take their practices that little bit further.

“There isn’t an alternative that has international legitimacy and buy in from as many people as the OIV document. There has been a review conducted on the environment, where we find ourselves with all the standards that are out there – and the OIV was the most internationally credible one available at the moment. Yes it may be an imperfect document, but it is the best we are able to use.”

Where to from here?

That is the question that dominated the Bragato proceedings. And there were plenty of suggestions.

Does the word sustainability mean anything to the average consumer? Why is it so important to keep moving forward? Should there be different levels included within the programme? Are we conveying the sustainability message clearly enough?

Fabian Yukich said when the original programme was established, many people joined up because they thought it was the right thing to do.

“I remember in the early 2000s travelling to the market, and you didn’t talk about the environment or sustainability. You probably would have sent everyone to sleep if you had. That has changed. You travel anywhere in the world now, and customers want to know if the wine you are offering is sustainable in terms of being ethically produced, and made without a whole lot of chemicals poured into it.”

Yukich went on to say that complacency could be the bogeyman of the future.

“If we say let’s just keep on doing what we’ve been doing and everything will be okay, we will lose our competitive edge. Our future economic strength, your income, depends on us being world leaders. We are too small to be anything else.”

There were suggestions that the concept of sustainability is too hard to define. One conference member asked why there was no reference to “legacy” within the message we send out to the market.

“To me legacy means what I leave behind is better or at least no worse than what I inherited. I want to hear the word legacy come into our terminology somewhere.”

It was a point that gathered plenty of support, and one which the committee is likely to take note of.

As mentioned above, the sustainability programmes instigated in South Africa, Chile and California, may not be as encompassing as New Zealand’s is, but they appear to be gaining the attention of consumers and media alike. Our sustainability story is now into its 20th year, and the media and consumer could be forgiven for thinking, ‘okay, but what’s new?”

“We have had 20 years of building the foundations of our programme,” Yukich said. “But things can change very quickly. You can be on top of the world one day and the next you can be history. We need to maintain that competitive advantage and the only way we can do that, is to be at the front. We need to lead in today’s world, as things are changing at a far faster rate than they were 20 years ago.”

There were suggestions that those who are doing more within their vineyard or winery, should be achieving more kudos, than those who are only doing the bare minimum.

Could now be the time to introduce a Qualmark type system, where there are levels of sustainability, bronze, silver and gold?

That is something the committee will have to ponder as the industry moves forward.

In part two of a series breaking down the six questions answered by the PwC Strategic Review, Tessa Nicholson looks at the question of Sustainability and its place within the New Zealand wine industry.

The term sustainability comes with a great deal of corporate greenwash, Geoff Thorpe of Riversun says.