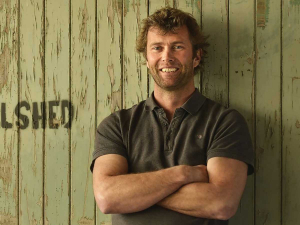 Mud House Wines may not be the first or the only winery in New Zealand to develop a kosher wine, but they are probably the largest company to do so.

Their very first kosher Sauvignon Blanc was produced this year and is already selling in Israel.

“The kosher market was one that we have never been able to get access to, and globally it is a big market.”

He’s not wrong. At the end of 2018, figures place the world-wide Jewish population at 14.7 million. A large majority of those observe kosher practices, which means any foods or beverages consumed must have Kosher Certification. This is the stamp of approval by a rabbinic agency verifying they have checked all the product’s ingredients, production facility and actual production, to ensure there is no trace of non-kosher substances.

Cornelius says the wine itself is made in exactly the same way as standard wine, but there has to be a Rabbi on-site during the production and the wine has to handled throughout by “Sabbath-observant Jews.”

Taking on that role was Rabbi Yedidya Krauthammer, who travelled from Sydney for the vintage. He was involved throughout the vinification process, from the time the grapes arrived at the winery, crushing, fermentation, fining and then bottling.

“He was responsible for the product flow and the moving of product. That meant he was physically making all the transfers.

“He would turn the pump on, get the receival bins going, start the must pump, start the press and when there were transfers, the Rabbi was initiating the product being moved.”

While Rabbi Krauthammer has been heavily involved in the production of other kosher products, this was his first time overseeing a wine being made.

“He was really interested in the process, as it was all new to him. But then again it was new and exciting for everyone involved.”

Mud House makes their wines at New Zealand Wineries in Marlborough, so it was important to have them on board as well, Cornelius says.

“We had to ensure that all the equipment was cleaned to kosher standards, but New Zealand Wineries have a very good cleaning programme, so the Rabbi was more than happy with that. I think they enjoyed the whole learning process as well.”

The kosher Sauvignon Blanc fruit came from the Mud House Woolshed Vineyard, which he says meant they could control what sites were selected and what parcels picked.

“One of the reasons we used the Woolshed Vineyard was because it is a decent size and we were able to do test spots to make sure we had the right levels of brix and acids. Once we got the all-clear and knew the Rabbi was coming over, we coincided that with historical data.

“So if it wasn’t that particular site we used, we knew we could move to another site that would be ready a week later.

“At one stage it seemed like we were throwing darts at the calendar, as this year being so warm threw a spanner in the works with an early vintage.”

In the end, the process was seamless Cornelius says and some 15,000 dozen bottles of kosher Sauvignon Blanc were produced. The first lot was bottled in June and sent to Israel. Requests have already come back from market that more is needed, which Cornelius says is great news.

While only a Sauvignon Blanc has been produced, he says there is no reason the company can’t look at other varietals in future years – if there is a market for them. Pinot Gris and Riesling would be obvious choices. Pinot Noir could also be an option, although that would require far more on-site presence from a Rabbi, as they would be needed to control the cap management and transfers to barrel.

“The good thing about white grapes is that it is very easy. But as soon as you start looking at doing reds that need to be plunged, it increases the time requiring a Rabbi. But it is certainly doable.”

As for the kosher Sauvignon Blanc, Cornelius says it is a tropical representation of what Marlborough does best. 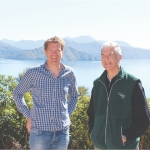 A unique partnership between a Marlborough Sounds wildlife sanctuary and a major wine company is helping develop a slice of nature right on the doorstep of the township of Picton.