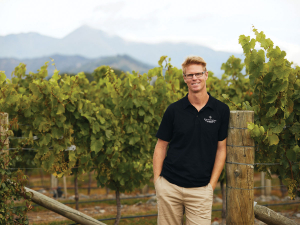 Growing a stronger culture in the winery is one of the ways Whitehaven Wines in Marlborough is hoping to increase its appeal for 2022 cellar hands.

Winemaker Peter Jackson says the company is working on ways to engage vintage staff in the big picture, including visual cues on which blocks are being harvested, and celebrations like "ferment of the day," where everyone tries a particular tank.

The company will also increase hourly rates, compared with 2021 harvest, and adopt a six-day harvest week, based on a survey of 2021 vintage crew. "Many of the people who were new did comment on the fatigue element of harvest," says Peter. "So that's also something we are really focussing in on. How do we manage that fatigue and make sure people aren't burning themselves out?"

The company started advertising for vintage 2022 staff in August, and has also stayed in contact with team members from the last vintage, "and where possible try to recruit them to come back". However, with some moving to fulltime work and a number of international cellar hands having returned to their home nations, the company is under "no illusions" as to the challenge of recruitment. "It is probably going to be trickier again to find a full complement of workers," he says.

He hopes the company's brand new receival area, which will be in place in time for vintage, will also add to the appeal, as well as a "fairly traditional" approach to winemaking, with care taken of individual parcels. "Another part of the philosophy is making sure we have very strong full-timers as supervisors," Peter adds. "If you have those supervisors in place I think that makes the job a lot easier with newbies."