Challenged to think and do 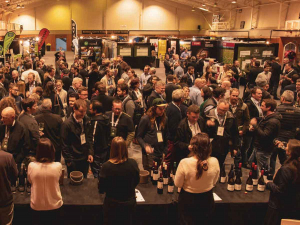 The year 2050 was mentioned often in this year’s Bragato Conference.

Nearly everyone from keynote speaker Jack Bobo, to the Bayer Young Vit finalists brought it up. Why? Because 31 years from now, the landscape of New Zealand wine is bound to look very different from the one we currently experience. Just what the differences will be is hard to quantify, but the conference ensured that those attending had the chance to consider the challenges that the industry might face.

Whether that be climate change or the introduction of GMO’s, new breeding techniques or a changing tourist market, growing resilience to synthetic chemicals or a major bio security risk. All are challenges that will need to be addressed sooner rather than later.

The Challenge was thrown out there before the Bragato Conference even began with a Hawke’s Bay organic producer claiming the event was heavily weighted with a pro-genetic modification line up. John Bostock was “outraged” according to Stuff NZ, that Jack Bobo, the CEO of Futurity and an advocate for genetic modification was one the guest speakers on day one of the conference. Bostock believed the conference was heavily weighted towards GM concerns.

In his opening speech, New Zealand Winegrower Board Chairman, John Clarke refuted the claims, making it very clear where NZW stands in terms of genetic modification.

“To challenge you this year we have many sessions covering a wide range of topics. One of these sessions is on plant genetics and on new breeding technologies (NBT’s). Some people have taken from
this that we are supporters of GM – genetic modification. Let me be very clear. We do not support GM and I doubt we ever will.

“We see no reason why our industry should not have a discussion about the role that new breeding technologies could, may, or might have in our future. That discussion can only happen if we have an informed industry, hence the session this year.”

The subject material was timely, thought provoking and for many energising. Ben Wickham, from Ormond Nurseries summed up the feeling of the conference better than anyone, when he told me: “After being in the industry for 44 years, it’s more exciting now than ever before.”

Over the next few pages, we take a closer look at some of the many thought-provoking subjects raised at Bragato 2019. Plus, we talk to the newly crowned Bayer Young Viticulturist of the Year, Simon Gourley.

The challenges have been set, now members have the opportunity to think about them and take informed action.