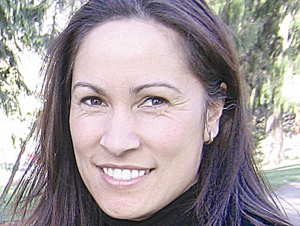 OPINION: One frustration voiced more than others was how little the Government understands our industry.

While I know I have written about this situation in the past, I feel it is worthwhile writing about it again because, as the saying goes, “Your perception may not be my reality”.

It is hard to get meetings with Ministers and their officials. However, those meetings are of critical importance to improving their understanding. We were recently criticised during one meeting for putting something too simply. However, our simple explanation led to the Minister realising that what was being proposed was potentially flawed and could result in unintended outcomes. As a result, the Minister decided to take action with his colleagues, which we hope will result in a better outcome for our industry and the wider NZ community

As an industry, we always offer immersion experiences for officials to grow and build on their knowledge base. We are a complex and variable sector with 20 product groups. We are definitely not all the same. Growing asparagus, for example, is quite different to growing kiwifruit. By exposing officials to the diverse and complex nature of our industry we hope to build a more understanding and collaborative relationship where government begins to consider the specific needs of those within our sector as part of their decision making.

The Ministry for Primary Industries (MPI) is standing up a new farm advisory service but is yet to clarify what that group will look like and how it will deliver. At the same time, another part of the Government has provided our sector with funding to stand up an advisory service too. Groups such as Dairy NZ and Beef + Lamb also offer advisory services.

To make this a positive rather than negative addition, it will be important that industry and MPI work collaboratively to plan for and manage these advisory services.

We know our industry is a challenge to understand because of its diversity.

Put simply, the current situation is this – at least in the apple industry: Self-propelled platforms that go up and down and espaliering the trees to grow in two dimensions increases the number of people who can do apple picking work but it does not increase productivity, as the Government seems to believe.

The optical technology that is needed for a robot to be able to pick an apple is still a long way off being fully developed let alone reaching commercialisation. What’s more, given current uncertainties with some growers removing apple trees and not replacing them, very few growers would be in a position to make the significant financial investment required, even if the technology was available and had been commercialised.

‘Dear Government. Please come and visit and look, listen and learn. That way you will get the productive food and fibre sector that you are after and need to deliver on New Zealand’s environmental commitments and economic recovery.’

The horticulture sector is facing a blockade of modern day Sir Humphrey Applebys as it attempts to get some sanity into achieving quality environmental outcomes.

Meryn Whitehead, a 28-year-old supervisor at Vailima Orchard, has taken out the 2022 Nelson Young Grower of the Year title.

Maatu Akonga, assistant manager at T&G Global, took out the title of 2022 Hawke’s Bay Young Fruit Grower of the Year on Friday night.

Horticulture NZ says 2022 is presenting more challenges than ever before.