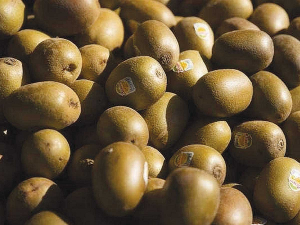 Kiwi Vine Decline Syndrome (KVDS) is having a devastating impact on crops in Italy.

First spotted as far back as 2012, “Moria” or “Die-off” is first seen when leaves start wilting and then fall off the plant over the next 12 to 14 days. This leaves the fruit exposed to sunlight.

Scientists from Italy’s Council for Agricultural Research and Economics have compared the disease to coronavirus. However, it warns that once symptoms appear: “it’s already too late.”

This is because in the initial stages of the infection, the roots darken and rot – before any above ground signs appear. Once this happens, plants will usually die over a 12 to 24-month period.

Since these first symptoms were spotted nearly a decade ago, it is estimated that around 20% of Italy’s national crop has been affected. In some areas, such as Verona, where the disease was first seen, the problem has hit an astonishing 84% of crops.

Dubbed Kiwi Vine Decline Syndrome (KVDS) by the scientific community, currently there is no known cause. However, theories suggest causal agents such as fungi, bacteria, soil composition or oxygen levels.

The industry reports that there have been many pathogens identified in sick vines. However, not one has been identified in all the samples analysed.

There are also claims that the cause might be global warming, with recent European summers topping 30 degrees C – up to 5 degrees C more than the 25 to 27 degree range that kiwifruit prefer.

In many cases, growers have destroyed and removed affected rootstock, only to find that new plantings have succumbed to the disease within one or two years. Compounding the problem, the disease appears to affect both old and new vines – as well as plants on virgin or long-term cultivated ground and individual plants within orchards.

The Italian industry is the world’s second largest kiwifruit producer after China, delivering around 555,000 tonnes in 2018. In September, the Italian Government established a taskforce to look more closely at the problem.

Symptoms have also been observed in France, Spain, Greece, Turkey, Japan and China, although the spread seems to be at a much lower rate than in Italy. Meanwhile, in other parts of Italy – especially areas seeing higher temperatures – apple trees are also dying.

Meanwhile, a fungus has decimated Italy’s pear harvest and a bacterium is killing olive trees.

Members of its team are involved in an industry-wide taskforce recently formed by Zespri and its SunGold kiwifruit partners. The taskforce will address the challenges thrown up by the disease, while also developing tools to support growers.

Already aware of the financial impact of the bacterial disease Psa in 2010, which is estimated to have cost the NZ industry $885m, Ansell says NZ’s kiwifruit sector must remain vigilant around biosecurity.