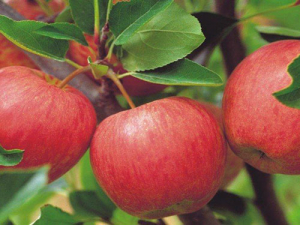 An orchard was fined $14,000 for illegal spray drift in the Hastings District Court.

Hawke's Bay Regional Council says a $14,000 fine for an orchard that allowed an illegal agrichemical spray drift sends a strong signal to the horticulture sector that poor practice will not be tolerated.

On 23 September 2019, two cyclists were riding along the path bordering an orchard on Otene Road in Hastings. A spray operator employed by Johnny Appleseed was spraying the orchard at the time.

The cyclists were covered in spray from the sprayer, wetting their hair despite the helmets they were wearing. There were no signs on the pathway that spraying was in progress.

Spray could be seen blowing over the path and Otene Road.

Hawke's Bay Regional Counci's group manager policy and regulation Katrina Brunton, says the large fine serves as a strong signal to orchardists that they must comply with the law.

"Sprays can be dangerous to public health and need to be used with great care and diligence. We will not tolerate poor practice from the horticulture sector, and will rigorously enforce the law to protect people and the environment," Brunton said.

Brunton says the fine should discourage others from not taking the proper precautions when using agrichemical spray.

"This is the fourth successful prosecution for the Regional Council this year. We are committed to pursuing illegal activities through the courts to enforce the rules that protect our community and our environment," she said.

Earlier this month, Farmers Transport Ltd and Dynes Transport Ltd pleaded guilty to discharging a milk solution contaminant into water and were fined a total of $37,000. Also this year, two other companies were fined $11,900 and $12,555 for illegal burning.

This month's decision by the Hawke's Bay Regional Council (HBRC) confirming its intention to invest in the Ruataniwha water storage scheme is a good one.

The decision by Hawke's Bay Regional Council (HBRC) to invest in the Ruataniwha Water Storage Scheme is the best outcome for the Hawke's Bay community, says IrrigationNZ.

Federated Farmers is pleased to see the Ruataniwha Water Storage Scheme in Hawke's Bay has another green light.

A company credited for revolutionising the apple industry by creating a market for fruit that used to be "mopped up as rubbish" has turned 50.

Hawke's Bay Regional Council says a $14,000 fine for an orchard that allowed an illegal agrichemical spray drift sends a…