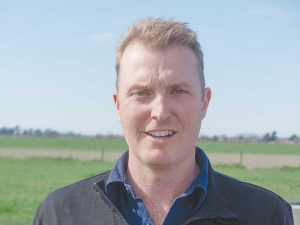 Third-generation grower Daniel Lovett, of Lovett Family Farms, near Ashburton, supplies potatoes for the McCain’s processing factory at Timaru. He also produces onions, carrots and other vegetables for other processors.

With more than 1000 ha, the farm employs 14 fulltime staff. At this time of year, the ground is being prepared for the new season and Lovett would normally also have four or five experienced overseas staff helping out.

He has employed three locals but says it is not the same as someone with experience of the modern million-dollar machines in use.

“It was great having overseas boys because they grew up with vegetables their whole life and they could jump on that machine and they knew how to operate and make it work, but that can’t happen this year,” he told Hort News.

“Harvest will be the tighter period; we’ll need more people then and so will every other farmer in Canterbury really.”

Meanwhile, Lovett says the industry is facing competition from cheap imports, particularly from Europe, where because of Covid-19, subsidised growers have lost their usual market – chips for restaurants and soccer crowds.

“I was talking to a guy in Holland last night and he said that there’s new potatoes being harvested in Europe at the moment, which are going straight to the cows.”

Some are also finding their way to New Zealand, despite calls from Potatoes New Zealand for a ban on cheap imports.

Lovett says supermarket shoppers should look at the labels on house-brand frozen chips before they buy.

“Hopefully, the general public will just keep asking where the fries are coming from.”

The potato processor McCain Foods describes Lovett as one of the many Canterbury growers it is proud to work with.

The Lovett farm alone produces more than 10% of the 550 million potatoes processed at McCain’s Timaru plant each year. Lovetts have supplied McCain since 2000.

McCain says that when it opened the plant in 1994, it was focused on forging strong relationships with New Zealand growers and has always underpinned its operations by growing “green and local.”

“McCain Foods’ success is grounded in the people we work with – and the reliability and dedication of our local growers like the Lovett family is a key part in that success,” says John Jackson, McCain Foods ANZ Agricultural Director.

“We’re proud to be bringing premium produce from our trusted New Zealand growers to supermarket freezer aisles. And we will continue to strengthen our bonds to our local communities to provide better outcomes for our customers and our growers.”

A subsidiary of a Canadian parent company, McCain Foods operates from sites in Victoria, New South Wales and Tasmania, as well as Hawkes Bay and Timaru.

“We’ve encountered a vast amount of issues, from weather extremes, seedline issues, fertiliser trials, soil borne diseases, over/under production and the potato psyllid,” Lovett told Hort News. “But we have always been able to work through those problems with McCain’s team.”